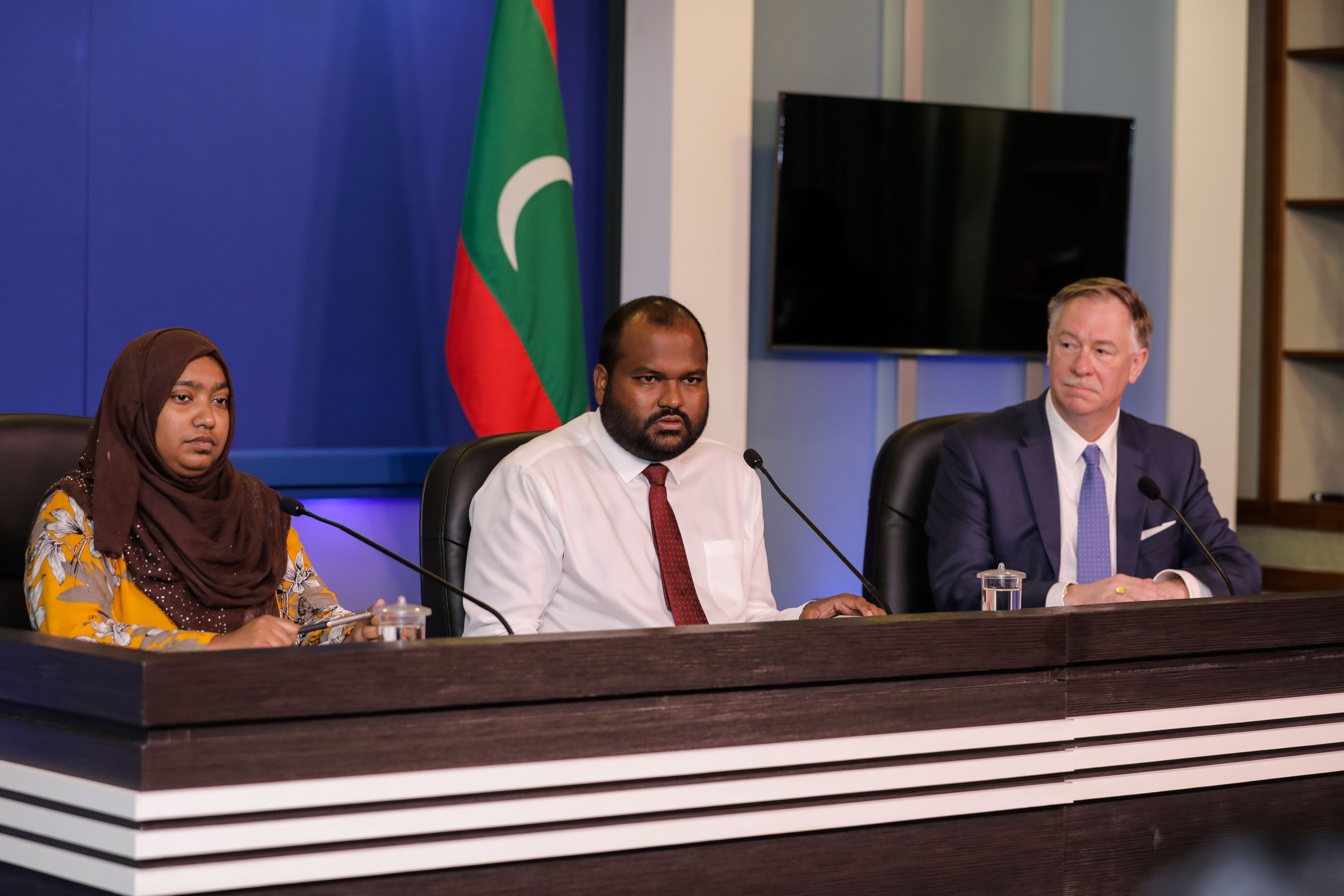 The Administration has briefed the media with the latest updates on measures implemented to safeguard the Maldives from the Novel Coronavirus (2019-nCoV). The media was informed this morning by Ali Waheed, the Minister of Tourism; Dr Fathimath Nazla Rafeeg, Medical Officer at the Health Protection Agency (HPA); and, Glenn C. Schoen, the Founder and CEO of Boardroom @ Crisis BV—a consultant for the administration for setting up screening mechanisms at all points of entry.

Speaking at the press briefing, Ali Waheed informed the media that two Maldivians, who had recently returned from China, had been isolated in Farukolhufushi under the additional precautionary border control measures enacted by the Administration. He stressed that the two individuals did not show any symptoms of the virus and that authorities were following the procedure in monitoring their health condition.

The tourism minister further stated that 11 Chinese tourists are also under the care of the authorities, and had been accommodated in Farukolhufushi after they were denied boarding on their respective outbound flights as per standard procedures. He explained that the 11 tourists would depart later this evening.

Highlighting that authorities are working to ensure seamless departure arrangements for all outbound tourists, Minister Ali Waheed noted that assistance had been provided to 8 Argentinian and 16 Chinese tourists in this regard. Speaking about daily briefings with tourism sector stakeholders, the Minister further stated that steps had been taken with the assistance of industry stakeholders to ensure arrangements for all tourists who had been affected by the Travel Advisory.

He emphasised that a double-layer of screening is now in place, ensuring the safety and security of all citizens and visitors. Dr Nazla further briefed the media about the standards and procedures followed by the authorities.