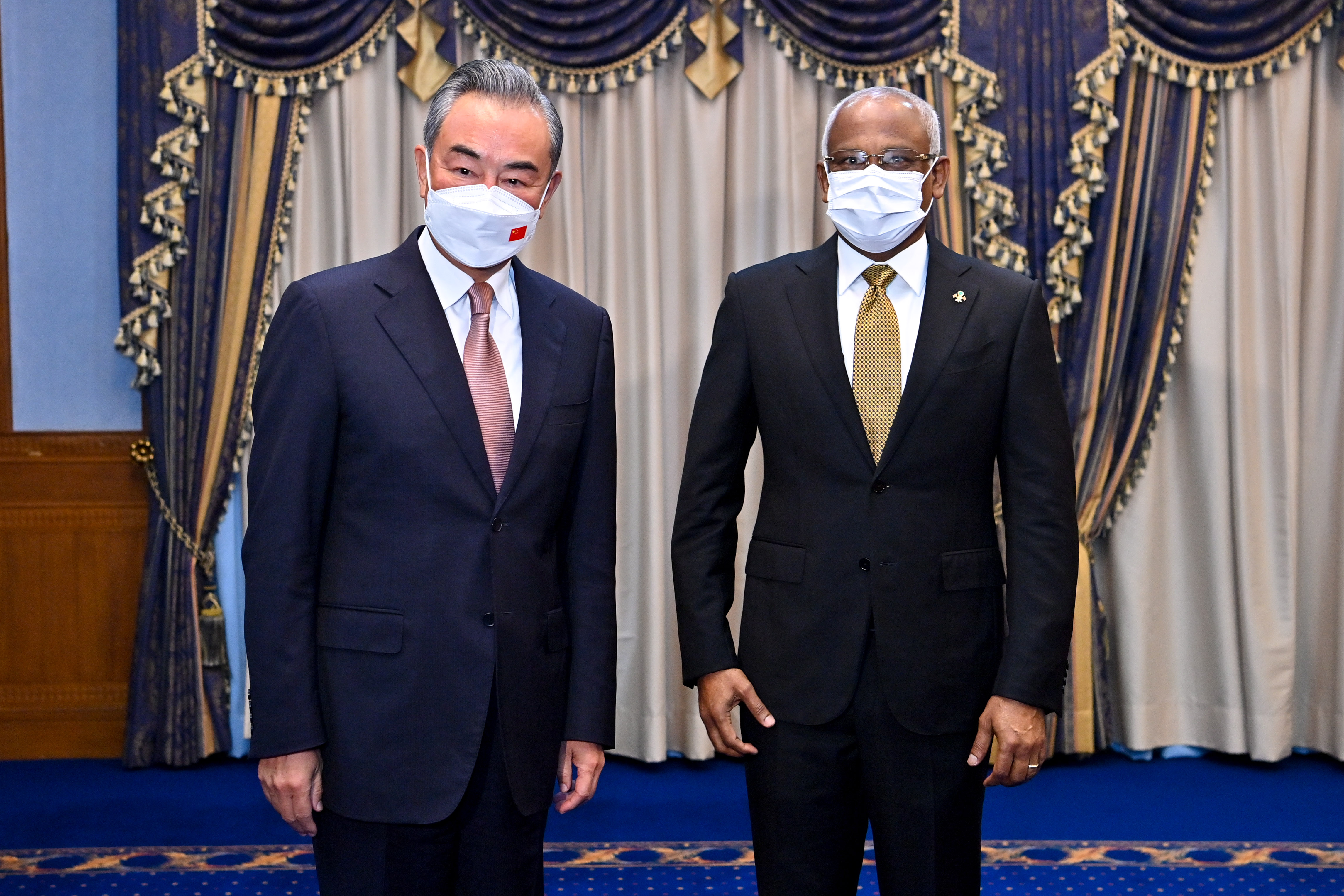 The State Councilor and Minister of Foreign Affairs of the People’s Republic of China, H.E. Wang Yi, on Saturday paid a courtesy call on H.E. President Ibrahim Mohamed Solih.

During the meeting, the President and the Minister spoke extensively on the existing bilateral ties between the two friendly nations, emphasising that this year marks the 50th anniversary of political relations between the nations. They discussed a wide range of issues of mutual interest and benefit to the two countries.

The Minister emphasised that travellers between the two countries had been linked for over 600 years, even before formal diplomatic ties were established. He stressed that Chinese foreign policy is based upon mutual trust, solidarity, and respect for the sovereignty of other nations. He further noted that China is ready to contribute to the progress of all developing countries, including the Maldives.

Speaking about the generous developmental assistance from China to the Maldives over the past years, President Solih thanked the Chinese government for its commitment to maintaining the close, cordial friendship with the Maldives, particularly in times of need. In this regard, he thanked the Chinese government for the shipment of Sinopharm vaccines donated in support of the Maldives’ national vaccination campaign. In hopes that the visit by the State Councilor would further strengthen existing relations between the two nations, President Solih spoke about the importance of the agreements signed today towards greater cooperation in areas of mutual interest.

President Solih and the State Councilor concluded the meeting by reaffirming their shared commitment to continue working together for the common welfare of the citizens of both countries.

The Maldives and China established diplomatic relations on October 14, 1972. 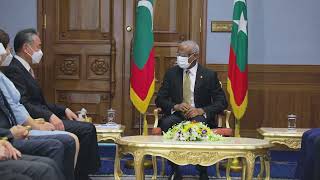