New Ambassador of Senegal presents credentials to the President 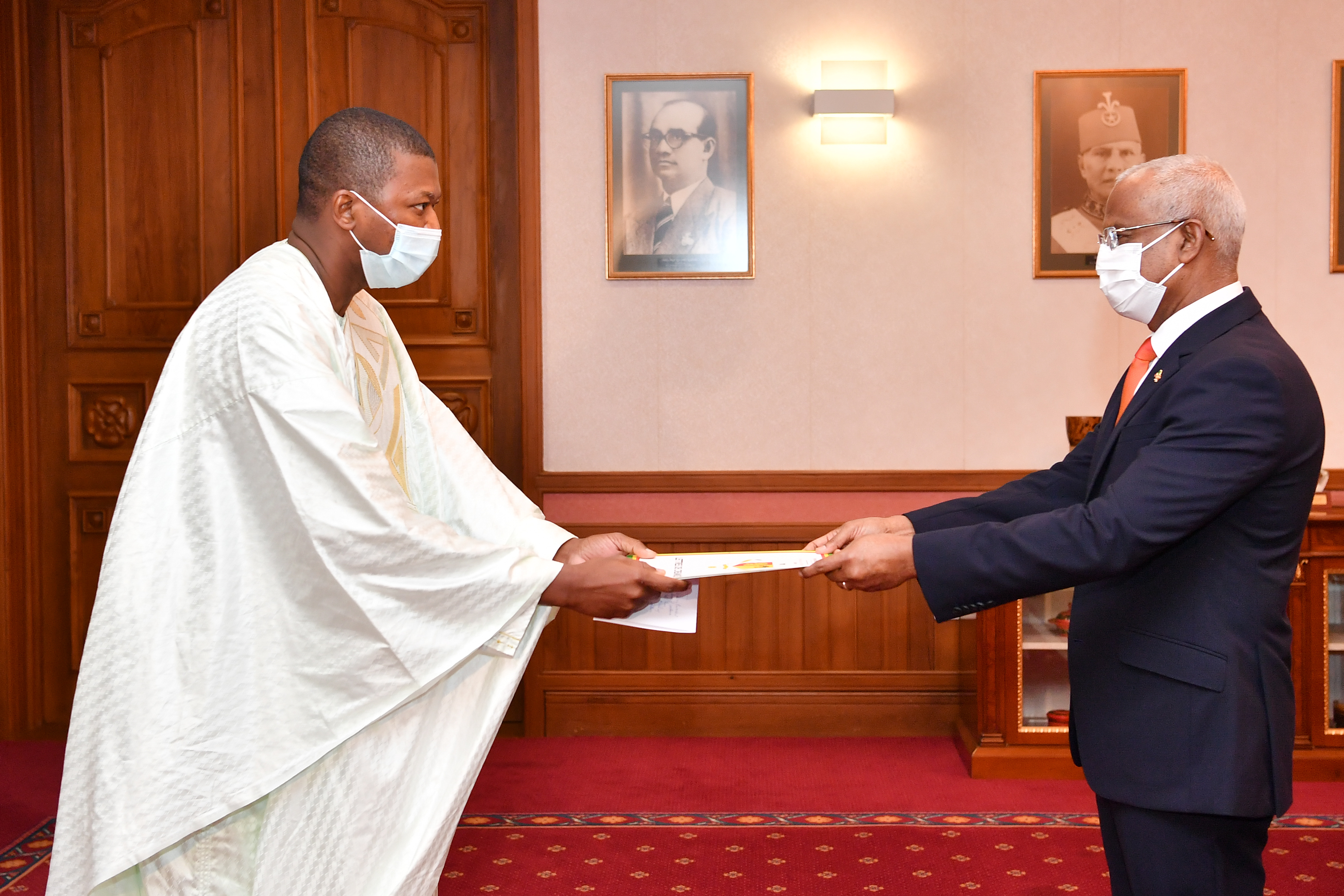 The new Ambassador of the Republic of Senegal H.E. Abdoul Wahab Haidara has presented his letter of credence to H.E. President Ibrahim Mohamed Solih. The ceremony was held at the President’s Office this afternoon.

Meeting the new Ambassador afterwards, the ‎President welcomed the Ambassador to the Maldives and congratulated him upon commencement of his duties.

Speaking at the meeting, the Ambassador expressed his delight in accepting the term in office and conveyed well wishes of the Senegalese President Macky Sall to President Solih. The Ambassador congratulated the Maldives for securing the Presidency of the 76th United Nations General Assembly.

President Solih highlighted that the main interest of the Maldives lies in the improvement of economic and trade ties and to attract more investments into the country. The President and the Ambassador discussed areas of mutual interest, including Covid-19 management, climate change, sports, tourism and culture. The Ambassador expressed that Senegal could learn from the expertise of the Maldives in promoting tourism and culture.

They further explored opportunities ‎‎for increasing cooperation between the Maldives and Senegal in the areas of ‎‎human rights and counter terrorism. 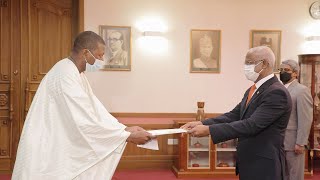