The event was joined by several high-level delegates and state leaders from around the globe including H.E Gotabaya Rajapaksa, the President of Sri Lanka and H.E Baroness Patricia Scotland, Secretary-General of the Commonwealth.

Speaking at the event, the Secretary-General of the Commonwealth praised the Maldives, stating that the Maldives is a nation that delivers, acknowledging the efforts to advocate and actively work towards alleviating the effects of the climate emergency.

The ‘Rediscovering Nitrogen’ side-event at COP26 was hosted by the Government of Sri Lanka and the International Nitrogen Management System (INMS), as part of the Nitrogen4NetZero series of events. The theme reflects the upcoming 250th anniversary of the scientific discovery of nitrogen in Scotland and offers a key moment now to 'rediscover nitrogen' for climate and environmental action.

Nitrogen4NetZero is a developing international initiative that highlights the need for sustainable nitrogen management as part of climate change mitigation and adaptation. The goals of the Nitrogen4NetZero events are to raise awareness on the importance of nitrogen for climate action and to work with governments to prepare their positions related to nitrogen on the pathway to COP-26. 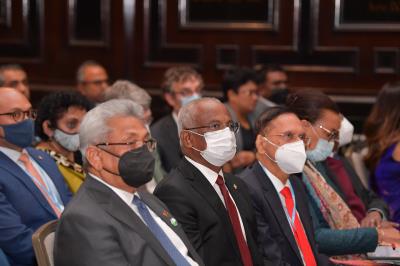 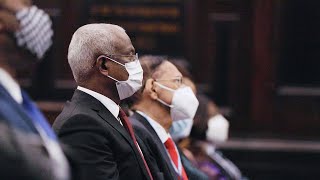