Speaking at the event, the Vice President highlighted the opportunities created by the current government to empower women, stressing the importance of increasing women's engagements in the political spectrum. He also emphasised the importance of upholding and strengthening democratic values, including majority rule and promoting equality and justice.

Speaking further, Vice President Faisal Naseem highlighted that Minister Shahid taking office as the President of the 76th Session of the United Nations General Assembly is one of the significant positive strides for the Maldives. He added that it proves the success of our foreign policies.

At the ceremony, the Vice President presented commemorative plaques from the commission, awarded to employees to acknowledge and recognise their contributions to the EC. At the event, an online portal displaying comparative statistics from past elections was also launched. 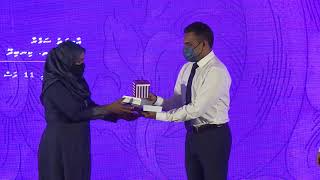 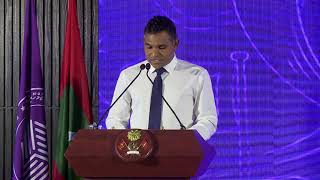