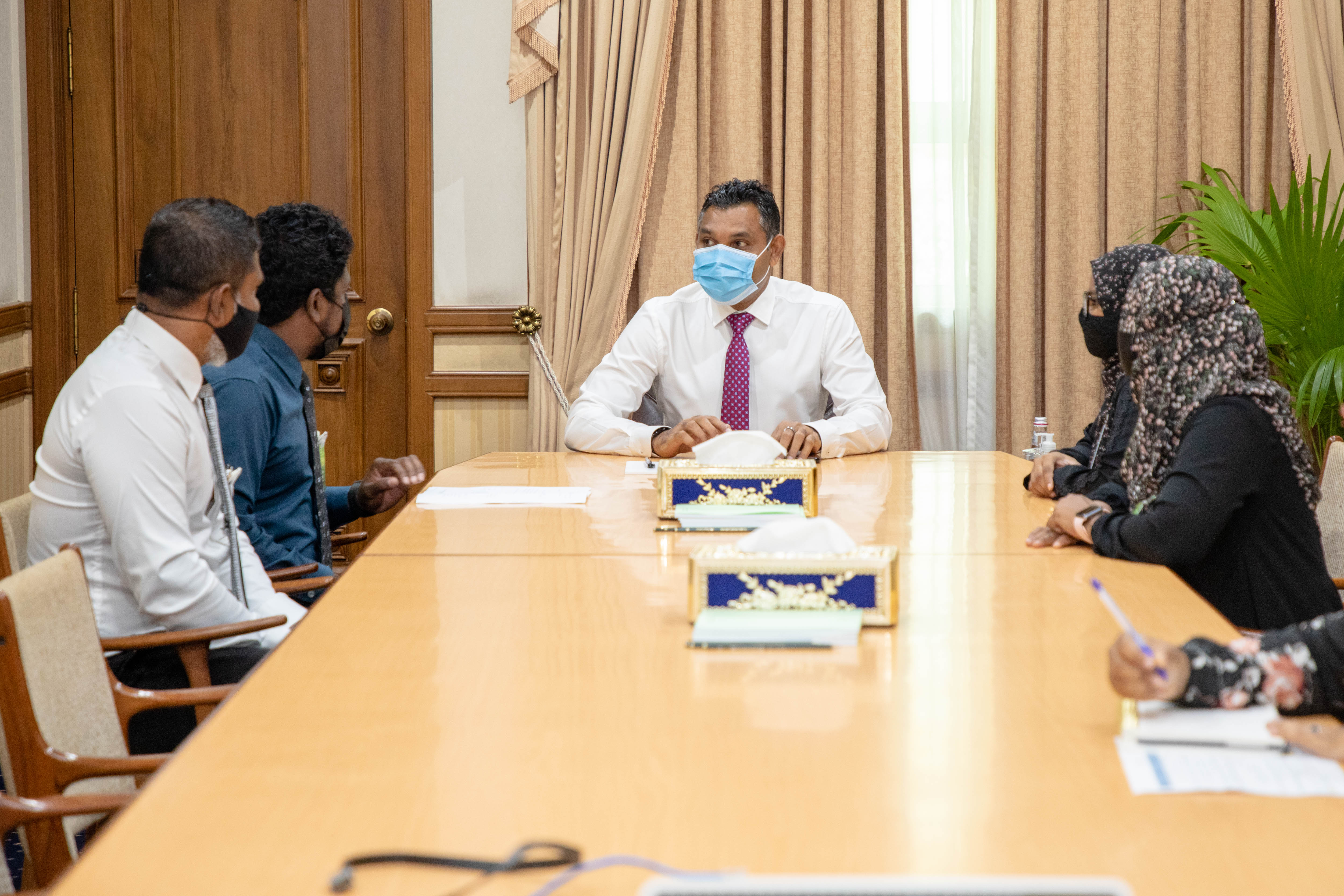 Vice President Faisal Naseem has today met with members of the Kaafu Atoll Gaafaru Island Council. At the meeting held at the President’s Office, this morning, Councillors discussed the development plans for Gaafaru Island and the most pressing concerns and needs from the island's community.

Expressing the concerns of the residents of Gaafaru Island, the council noted that one of the most urgent issues is the scarcity of land, inquiring on the latest updates of the land reclamation project. They also mentioned that a shortage of school infrastructure had prompted the islanders to educate in two sessions, which had created some further problems. The Councillors also shared difficulties faced by the absence of a local police station.

Throughout the meeting, Councillors reiterated their desire for better economic prospects. They also stated that they intend to expand the tourism and sports sectors on the Island.

Addressing their concerns, Vice President Faisal Naseem recommended that Councillors collaborate with the Gaafaru Women Development Committee (WDC) to resolve the raised concerns. He noted that under the new amendments to the Decentralisation Act, Island Councils are charged with planning and implementing skill development projects for the resident younger generations. The Vice President also stated that he would discuss with relevant authorities and line ministries to work together to find solutions to the issues shared by the council. 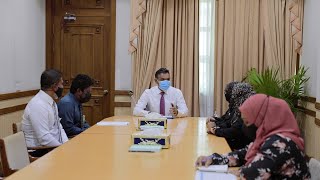