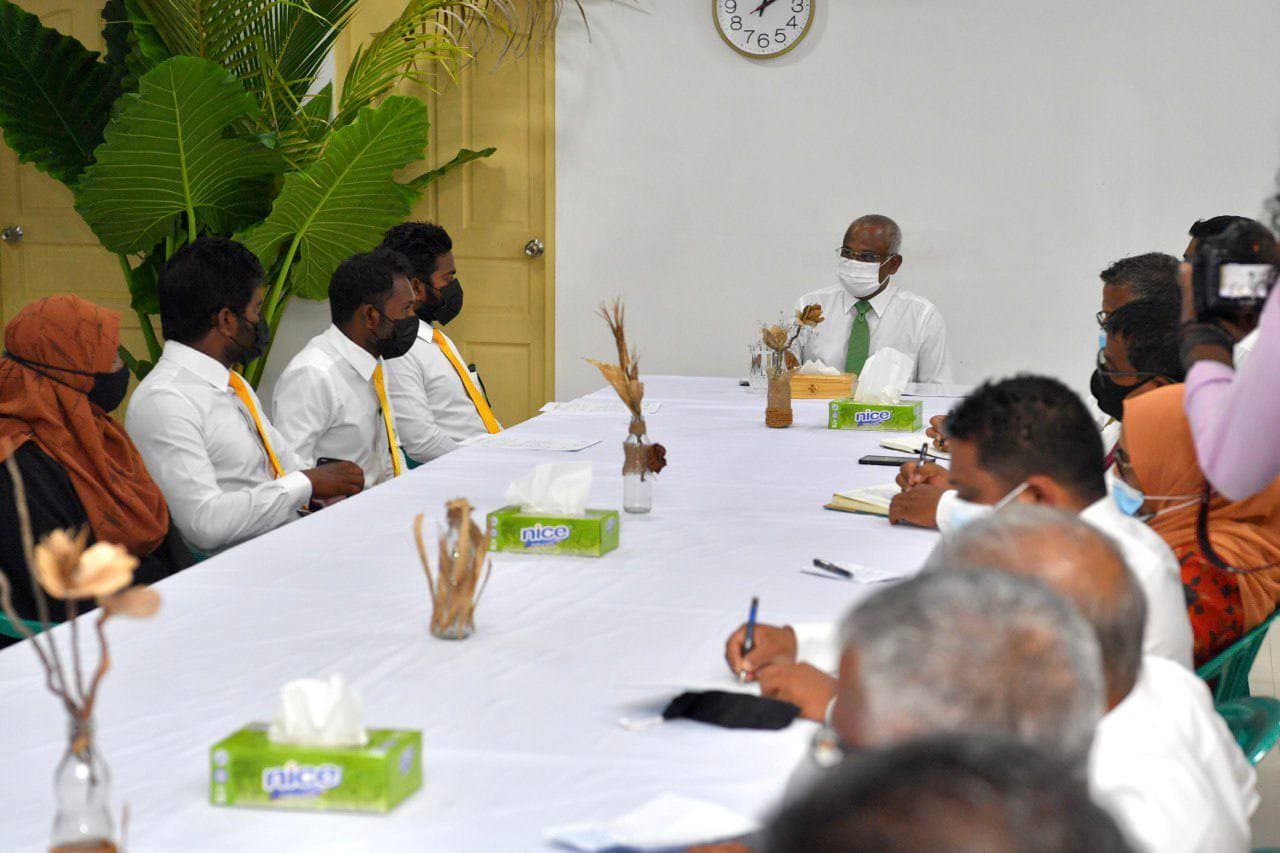 President Ibrahim Mohamed Solih has, this afternoon, met with the members of the Kandoodhoo Island Council and the Women's Development Committee (WDC). The Council members stated during the meeting that the current government's developmental projects on the island over the past three years were on par with all the projects conducted in the past fifteen years. They expressed their sincere gratitude to the President and the government, highlighting that there were nine Public Service Investment Programme (PSIP) projects currently underway and in different stages of enactment.

During the meeting, members of Kandoodhoo Council shared concerns about the most pertinent issues and urgent needs faced by the residents of the island, including soil erosion, concerns regarding the harbour, access to quality healthcare, provision of electricity, lack of sports infrastructure, issues in waste management and other concerns related to development projects.

The President shared the latest updates on ongoing and planned development projects on the island. While sharing the progress of the water and sewerage project, President Solih noted that the installation of the sewer pipeline was in progress and that 90 per cent of the administrative building was constructed. As for Harbour Project, he mentioned that EIA had been in progress. The Health Centre upgrading project had already been awarded to a contractor. To resolve soil erosion issues, the President said that the relevant Ministry would do the assessment and find a suitable solution.

At the meeting, WDC members expressed gratitude for the incumbent government's efforts in empowering women by facilitating more opportunities for women and granting legal empowerment. During the meeting, President Solih mentioned that the government would restructure the remuneration package for WDC members.

Following the meeting, he met with senior management and staff of Kandoodhoo School, inquiring about the most pressing issues and their concerns. They highlighted the need for resource and infrastructure improvement; however, they also stressed that with the completion of an ongoing project to construct three classrooms, they would be able to proceed to single-session schooling. The President highlighted that the education sector and building an accomplished generation is one of his government's key priorities. He added that the government is working on revising the remuneration structure for the education sector and providing salary increments from next year's budget. The President also said he would address the issues and concerns raised by the teachers and management of Kandoodhoo School.

The President’s visit to Kandoodhoo Island is the sixth destination in his ongoing trip to the seven islands of Kolhumadulu Atoll. Cabinet ministers accompany the President, as well as senior officials from the President’s Office and a delegation of high-level government officials. 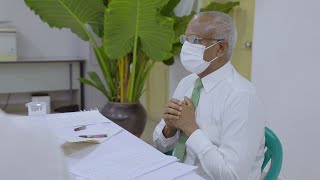 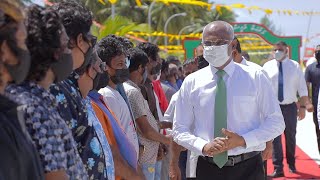