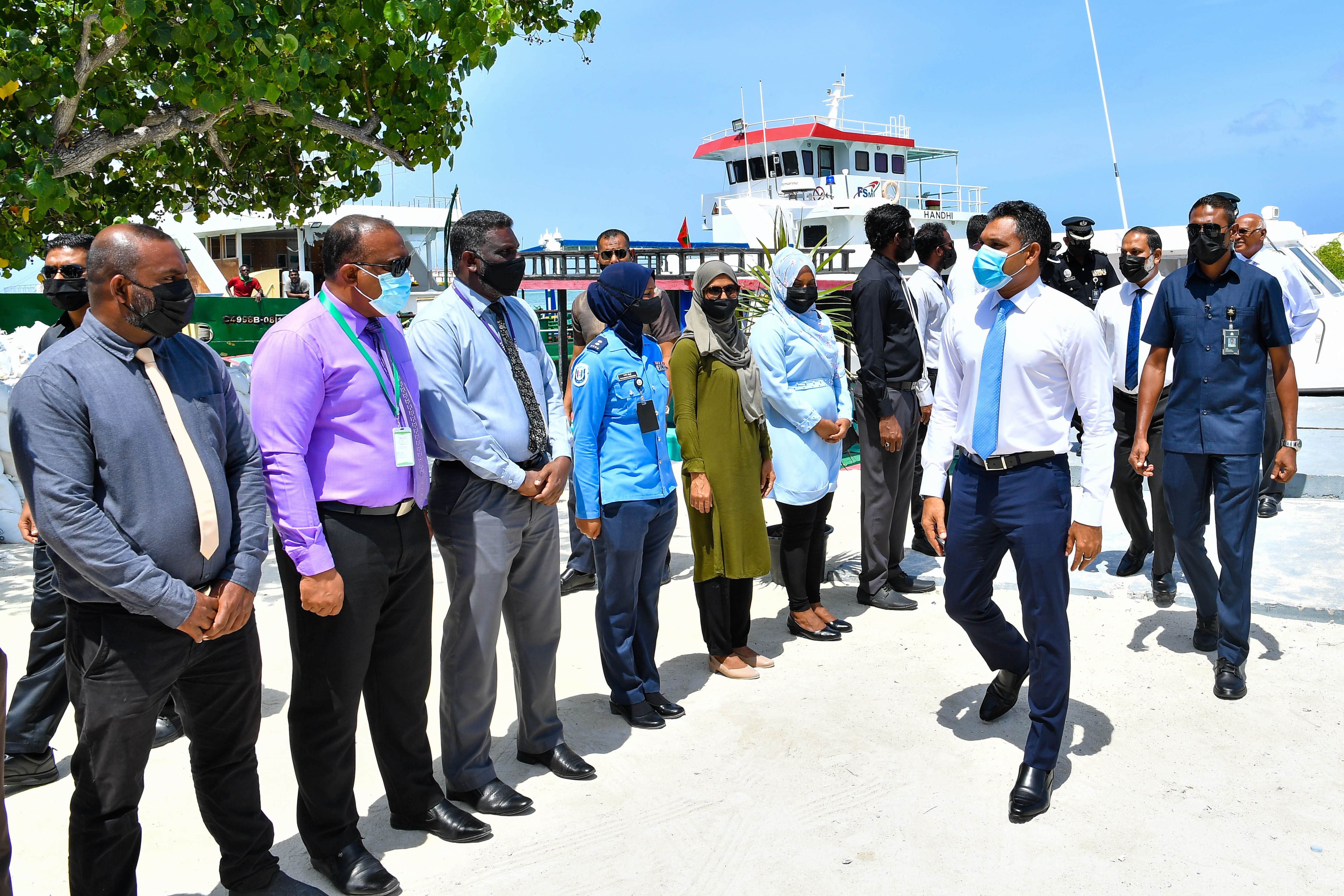 Vice President Faisal Naseem visited Kaafu Maafushi Island this afternoon and toured several key institutions on the island. The Vice President visited the Maafushi Prison first, where he officially inaugurated the services at the new Medical Centre located within the prison premises.

Speaking to the members of the facility present at the launching ceremony, Vice President Faisal Naseem expressed his confidence that the availability of further medical services at the prison premises would have a positive impact on the welfare and rehabilitation of their inmates. He highlighted that President Ibrahim Mohamed Solih's administration gives high priority to improving the conditions within prisons and rehabilitating detainees. He stated that all personnel working in detention and rehabilitation should aim to prepare all inmates with the skills to work, provide for themselves and become respected members of society again, upon their release.

The new Medical Centre at Maafushi Prison is equipped to provide services such as General OPD, emergency services, laboratory services, minor surgery, physiotherapy, X-ray services and telemedicine services. Inmates previously had had to be transported off the island to receive these services. The facility also includes a 10-person rehabilitation centre.

Vice President Faisal Naseem visited Maafushi School next, holding extensive discussions with the heads of the school regarding the difficulties faced and further requirements for the smooth operation of the educational institution. The Vice President stated that he would raise the concerns shared by Maafushi School's representatives with the relevant government agencies to expedite solutions.

During this visit, the Vice President also visited the Maafushi Health Centre, touring the entire facility while holding discussions on how the government may support the centre in improving the services provided to residents. He also toured the local football grounds during his visit to Maafushi.

The Vice President was accompanied on his trip by the Minister of Health, Ahmed Naseem, the Minister of Home Affairs, Sheikh Imran Abdulla, Minister at the President's Office, Ahmed Sameer, and senior representatives from Maldives Correctional Service (MSC). 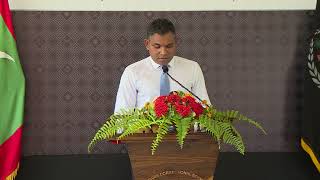