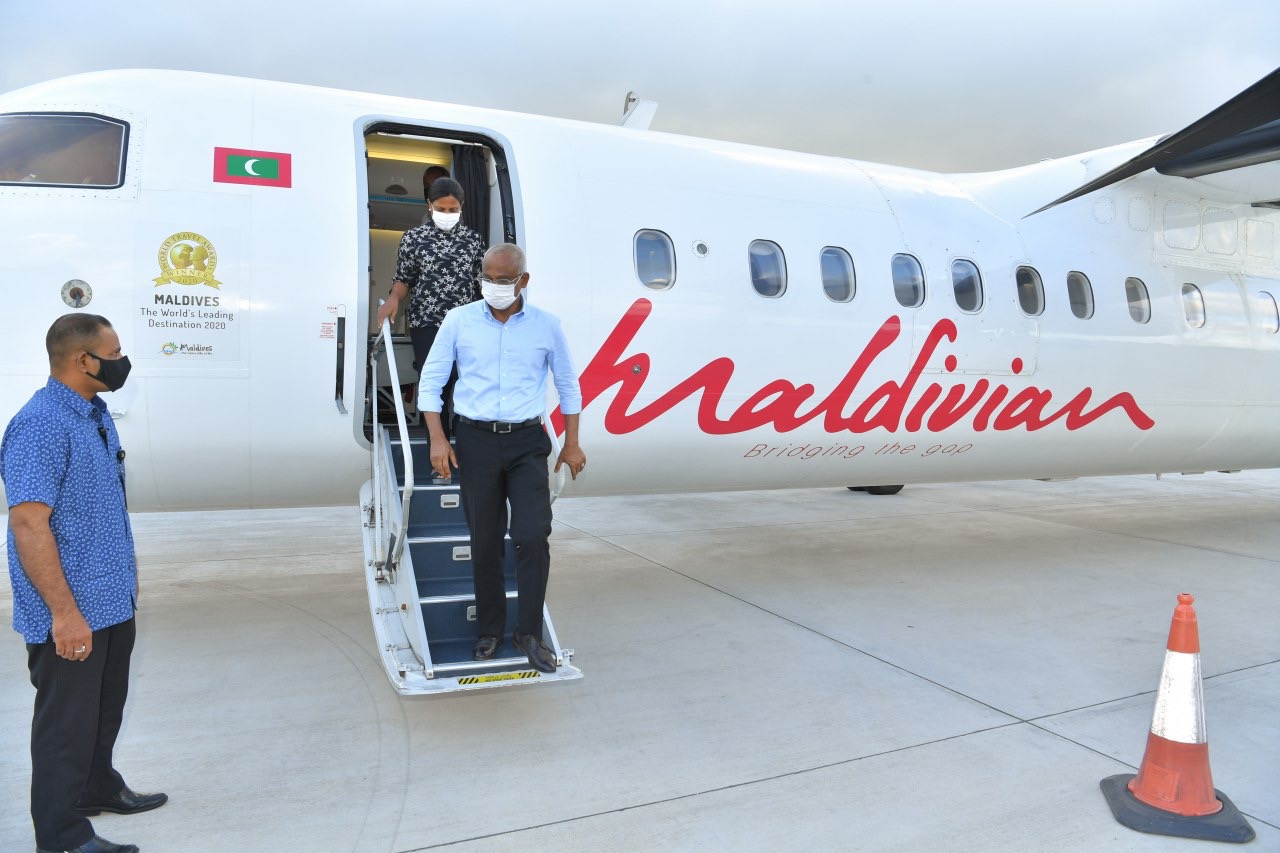 The last stop of the three-day visit to Haa Dhaalu Atoll was at Hanimaadhoo Island, where President Solih held discussions with several stakeholders, including members of the Hanimaadhoo Island Council and the WDC. The President also inaugurated the construction phase of the road development project on the island and examined the progress of ongoing government projects. First Lady Fazna Ahmed also met with the Hanimaadhoo WDC before concluding the trip.

Cabinet Ministers, along with senior government officials, accompanied the President and the First Lady on this trip.