During the ceremony, the Vice President awarded certificates to the players chosen to represent the Maldives in the National Chess Team for women's and open categories. Vice President Faisal Naseem also awarded the prizes and trophies for the Champion, Runner-Up and Second Runner-up of the tournament.

The National Chess Championship 2020 is the second iteration of the competition initiated by the steering committee of the Maldives Chess Association in 2019. Winners of the tournament and players chosen for the National teams will have the opportunity to travel to Moscow, Russia, in August this year to represent the Maldives in the 44th World Chess Olympiad organised by the International Chess Federation. 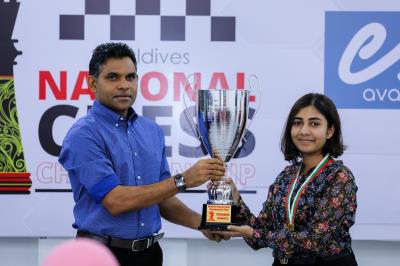