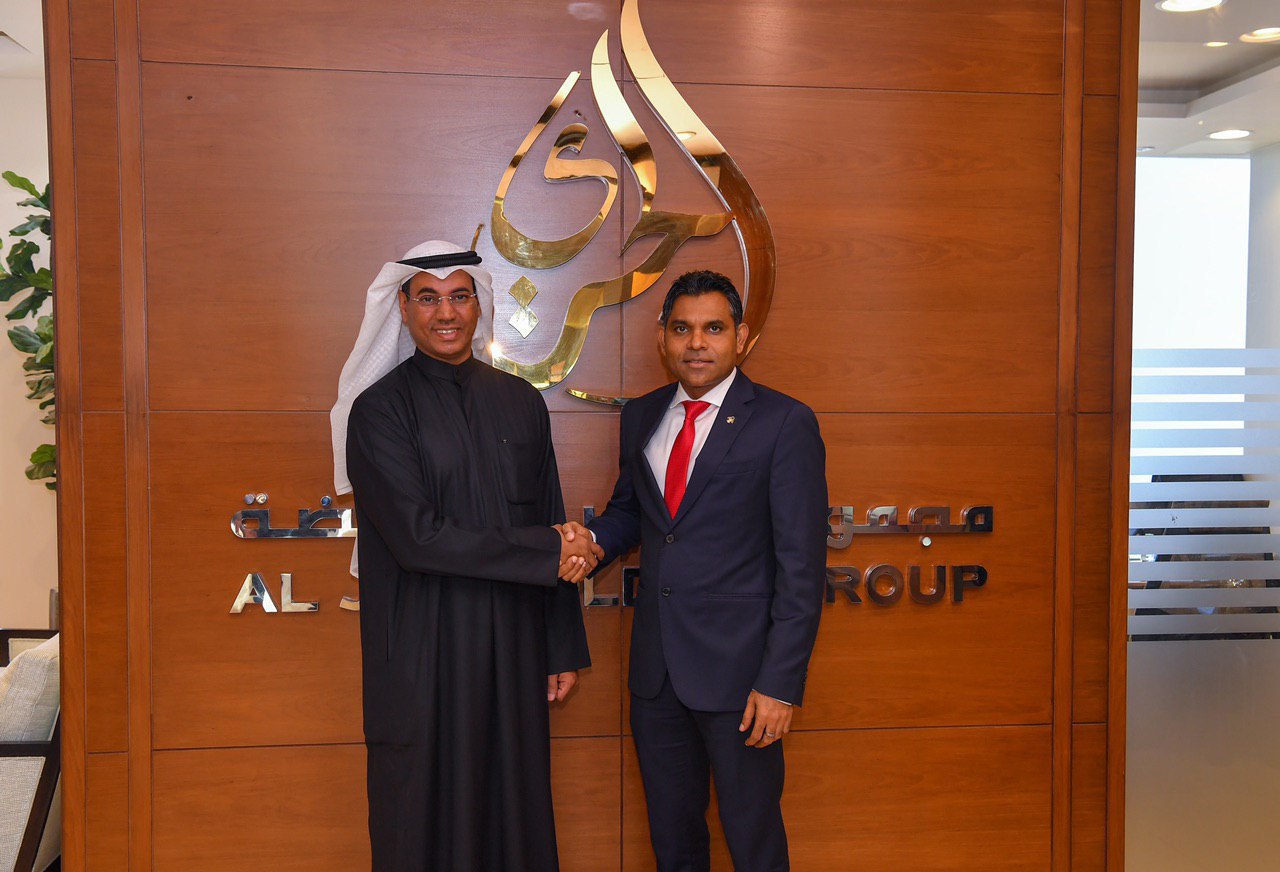 Vice President Faisal Naseem has met with the chairman and CEO of Al Jeri Holding Group, Talal Khalifa Al-Jeri, this morning. The meeting took place during his visit to two schools managed by the group.

The Vice President visited and toured the facilities of Ajial Bilingual School and the American German School in Kuwait, two prestigious schools managed by Al Jeri Holding Group. During his visit, Vice President Faisal Naseem and Chairman Talal Khalifa Al-Jeri discussed avenues for cooperation. This predominantly centred on improving the quality of education available in the Maldives.

During his ongoing visit to Kuwait, Vice President yesterday held meetings with some local associations and committees. The discussions were focused on conducting teacher training programmes, assistance in seeking Quran and Arabic Language teachers and collaboration in the sustenance of religious unity in the Maldives.

The Vice President is accompanied by the Minister for Islamic Affairs, Dr Ahmed Zahir and the Special Advisor on Social Policy at the President’s Office, Dr. Musthafa Luthfee. Al Jeri Holdings Group operates 20 schools and is known best for their work in raising the level of education in Kuwait, to international standards.