Ambassadors of Bulgaria, Denmark and the Republic of Ireland present credentials to the President 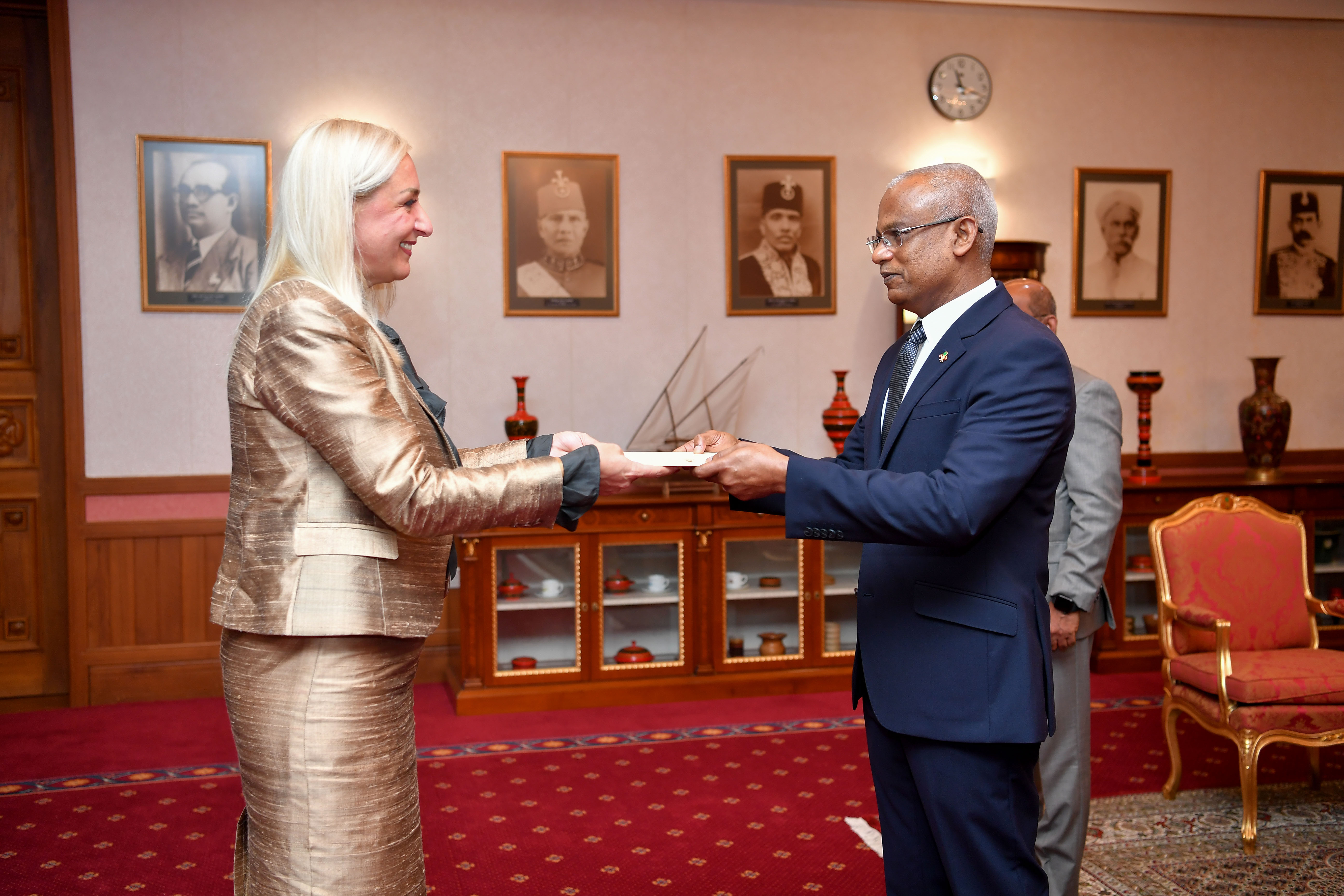 Meeting with H.E. Eleonora Dimitrova, the Ambassador of Bulgaria to the Maldives, President Solih highlighted that blue economy initiatives and sustainable development were a particular area of focus under the Administration’s Strategic Action Plan (SAP). He expressed interest in partnering with Bulgaria in further advancing and solidifying the existing bilateral relationship between the two countries especially in the area of tourism cooperation, renewable energy initiatives and combating terrorism and radicalism.

During his meeting with H.E. Mr Freddy Svane, the Ambassador of Denmark to the Maldives, President Solih expressed hopes of building closer trade and development partnerships between the two countries, especially in the areas of trade, tourism, climate change and connectivity.

Speaking with H.E. Mr Brendan Ward, the Ambassador of Ireland to the Maldives, President Solih highlighted that the two countries enjoy close diplomatic relations that date back 20 years. He also highlighted the high number of tourist arrivals from Ireland to the Maldives and expressed his confidence that the number would increase in the years to come.

Speaking further, President Solih and Ambassador Ward discussed ways to enhance cooperation in a multitude of fora of mutual concern, including environment and climate change and increasing trade and commerce between the two nations. He also deliberated on lowering the tariff rates on Maldivian fish exports.