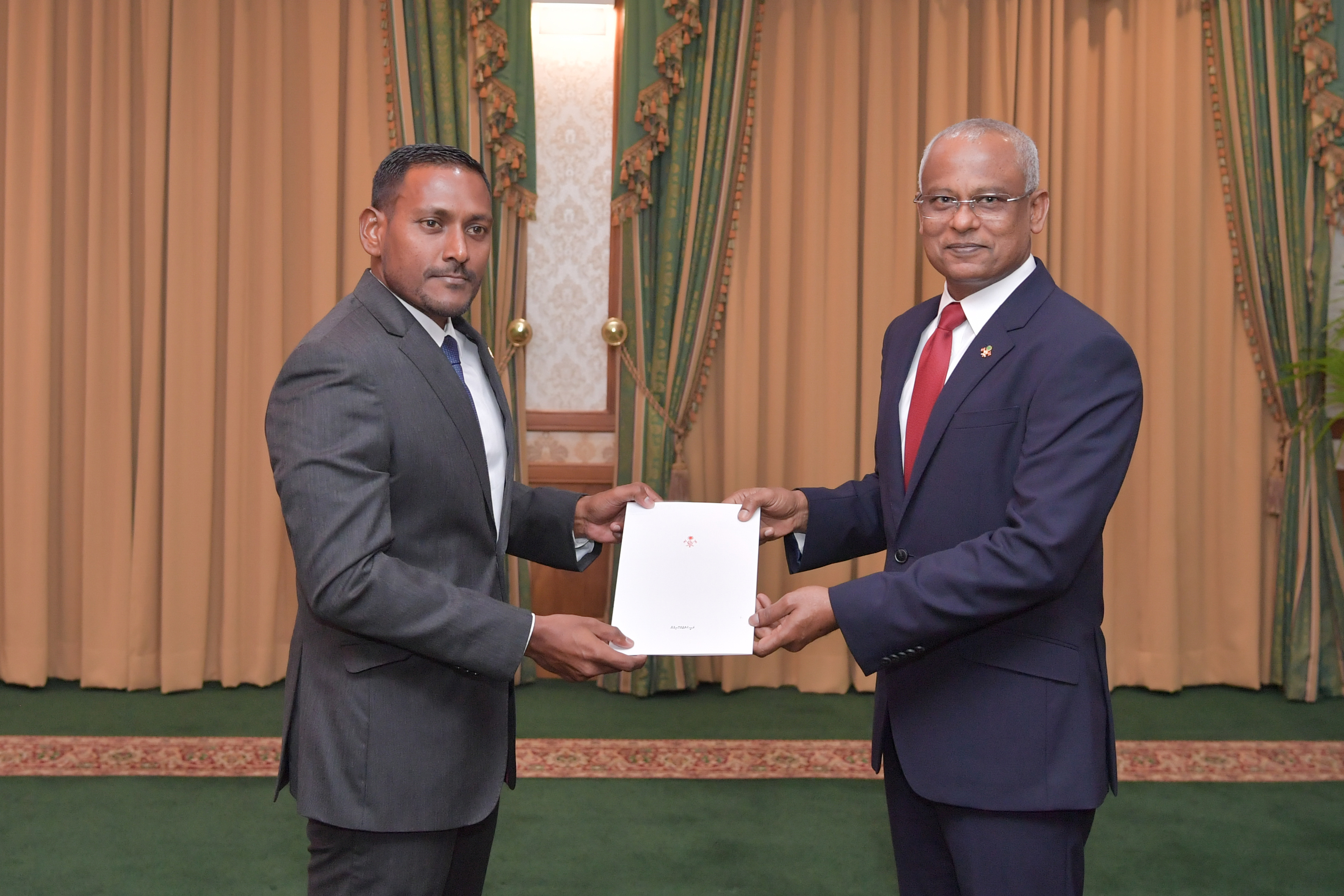 President Ibrahim Mohamed Solih has appointed Uz Hussain Shameem to the post of Prosecutor General. The letter of appointment was presented to the new Prosecutor General at a ceremony held at the President’s Office this afternoon.

The appointment was made as per Article 221 of the Constitution and Article 3 of the Prosecutor General’s Act. Uz Hussain Shameem holds a Master of Laws in Criminal Law and Criminal Justice from the University of Sussex, the United Kingdom, and a Bachelor of Arts in Shari’a and Law from the Al-Azhar University in Egypt.