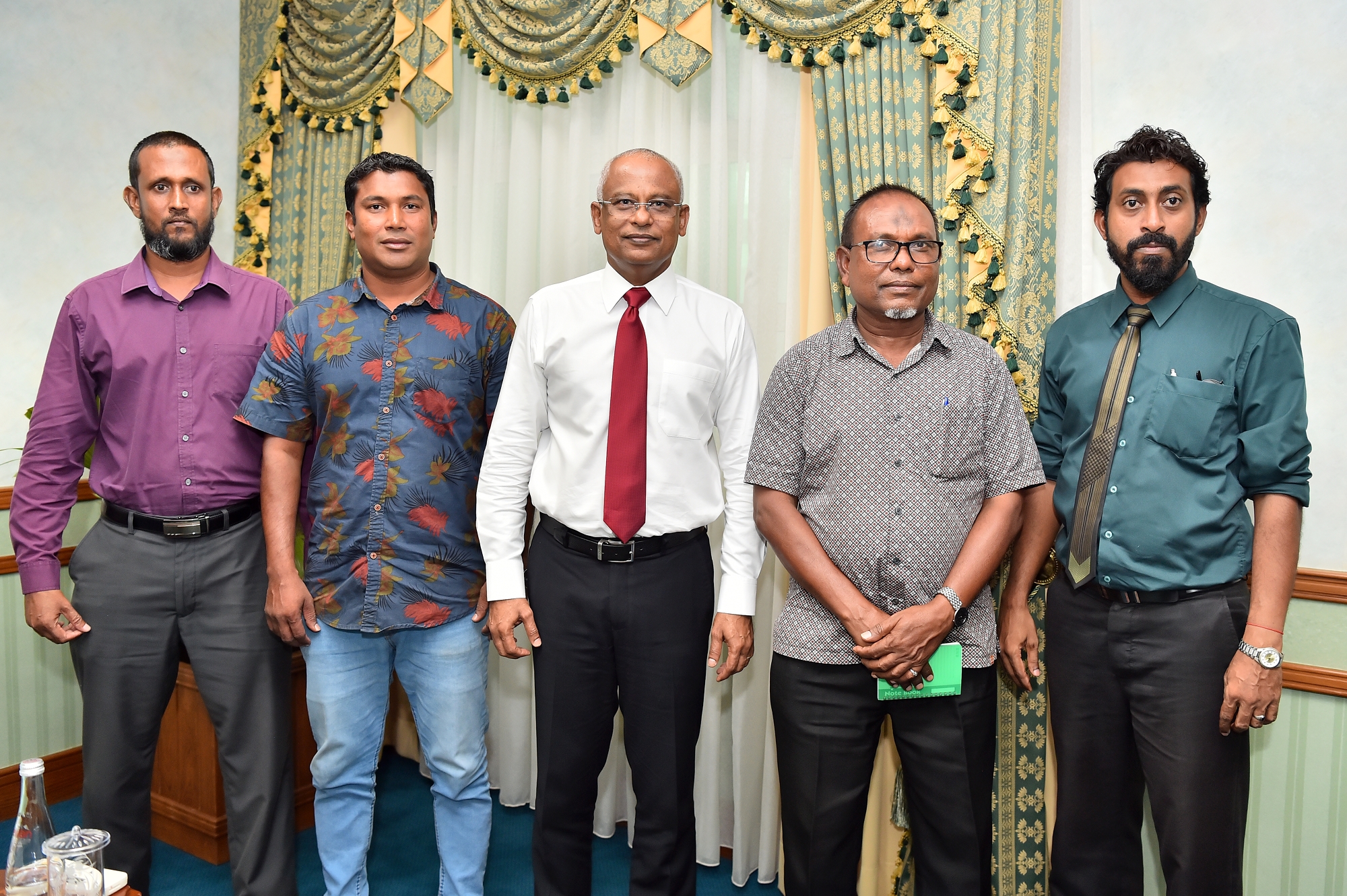 President Ibrahim Mohamed Solih has met with representatives of people who had previously made payments for social housing under the Gulhifalhu housing project. The meeting was held this afternoon at the President’s Office.

During the meeting, the representatives of those who made down-payments to the now-terminated housing project in Gulhifalhu highlighted that delays in finding a solution have led to numerous challenges. They further shared their concerns and details of their current living conditions with the President.

Speaking during the meeting, the President assured that the administration accords high priority to finding a permanent solution to those who were affected after the project was called off. He further noted that the administration is new seeking ways to find a solution, which will be carried out under the direct supervision of the President’s Office.