His Excellency President Ibrahim Mohamed Solih has been welcomed by His Excellency Danny Faure, President of the Republic of Seychelles, to commence the formalities of the state visit that the former is undertaking to the Seychelles at the invitation of the latter. Accompanying the President were the First Lady and a delegation of Maldives’ government officials. 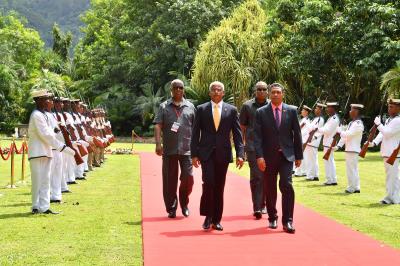