President Ibrahim Solih has submitted a motion to the People’s Majlis to ratify the Maldives’ becoming a signatory to the World Trade Organization’s Trade Facilitation agreement.

This intended outcome of the aforementioned trade facilitation agreement is to ease the burden on trade, by establishing a rule-based and transparent regime pertinent to the conduct of business within and between countries. Some of the core aims of this agreement encompasses: expediting the movement, release and clearance of goods, including goods in transit; facilitating effective cooperation among members on trade facilitation and customs compliance issues; and enhancing assistance and support for capacity building for developing and least developed countries.

Once the agreement enters into force it is expected that it will be a great boon to the country’s economy, by making it easier to export our wares as well as import goods from abroad at cheaper prices, benefiting Maldivian consumers. Given the expected benefits of this agreement and the likely ratification this bill by the Majlis, work and legislative review relevant to preparing implementing the provisions of this agreement are already underway at the President’s Office. 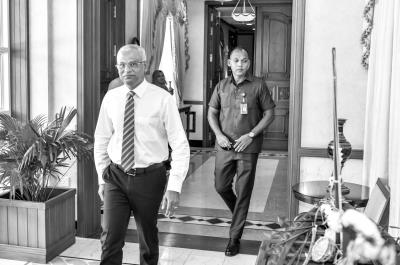