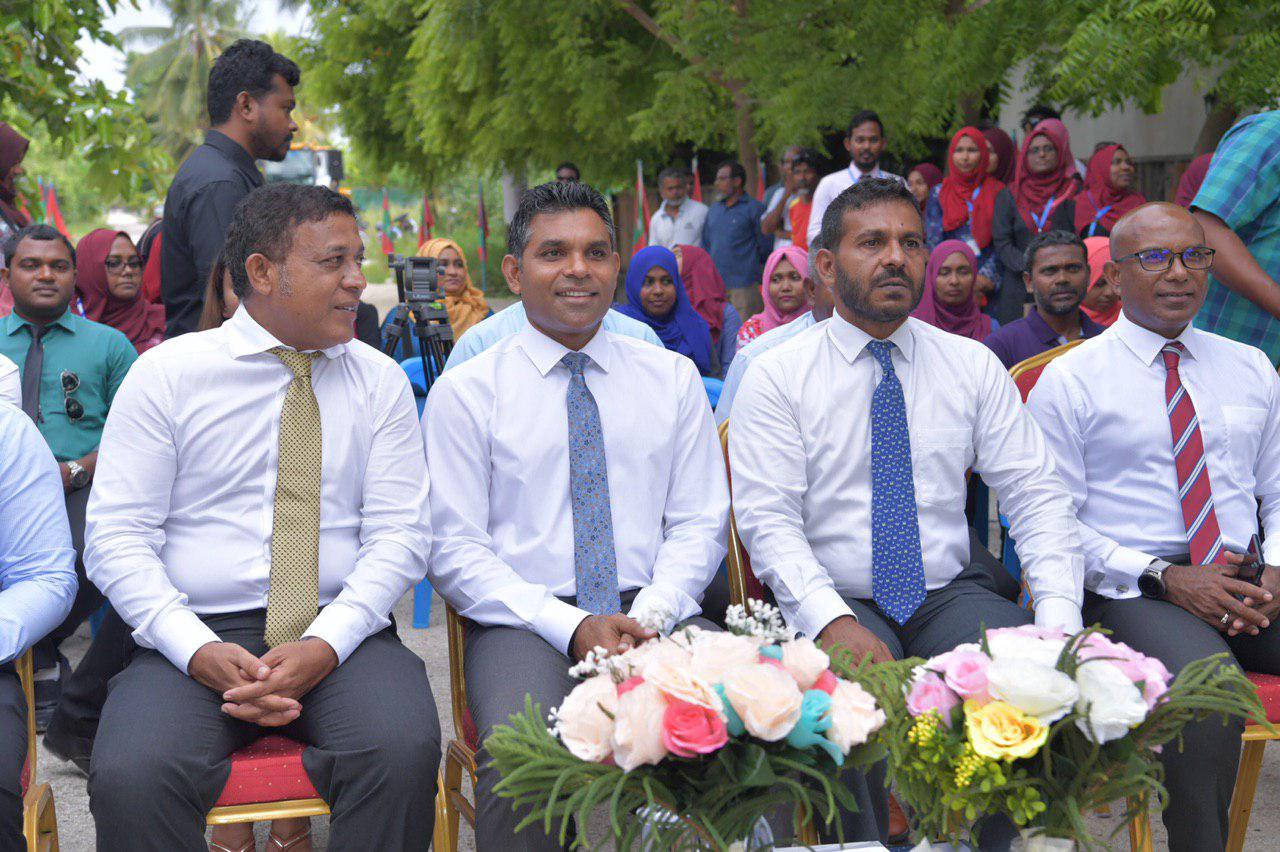 The project is currently contracted to Maldives Transport and Contracting Company (MTCC) which had signed an initial agreement with the Ministry of Planning and Urban Infrastructure on March 27th of this year to begin work on laying out roads in Fuvahmalah City.

The Vice President gave formal remarks celebrating the launching of this project, during which he expressed that it was being implemented as part of this government’s ongoing efforts to ensure infrastructural progress across the breadth of the country in accord with its Jazeera Raajje policy.

In the lead up to the project, the government held extensive discussions with the residents of Fuvahmulah City to gauge their priorities and concerns, which were incorporated into the proposed layout and design of the roads. As Fuvahmulah City is intended to be a busy urban center which will have higher levels of traffic the overall planning and design of the roads will place a high level of emphasis on road-safety, for both drivers and pedestrians.