President Ibrahim Mohamed Solih has this afternoon met with members of the Maamigili Island Council of South Ari Atoll.

Speaking at the meeting, President Solih assured that the administration will put in every effort to fulfill the people’s needs. He also emphasized that he would give priority to solving issues faced by the health and education sectors. 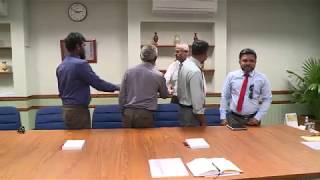