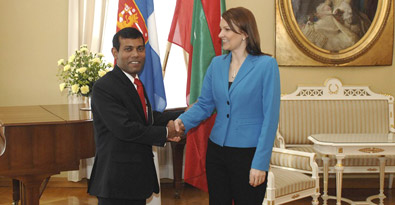 During the meeting, the Minister Kiviniemi informed the President of the local government system in Finland.

The President and the Minister also discussed how Finland could provide assistance and technical support to the Maldives.