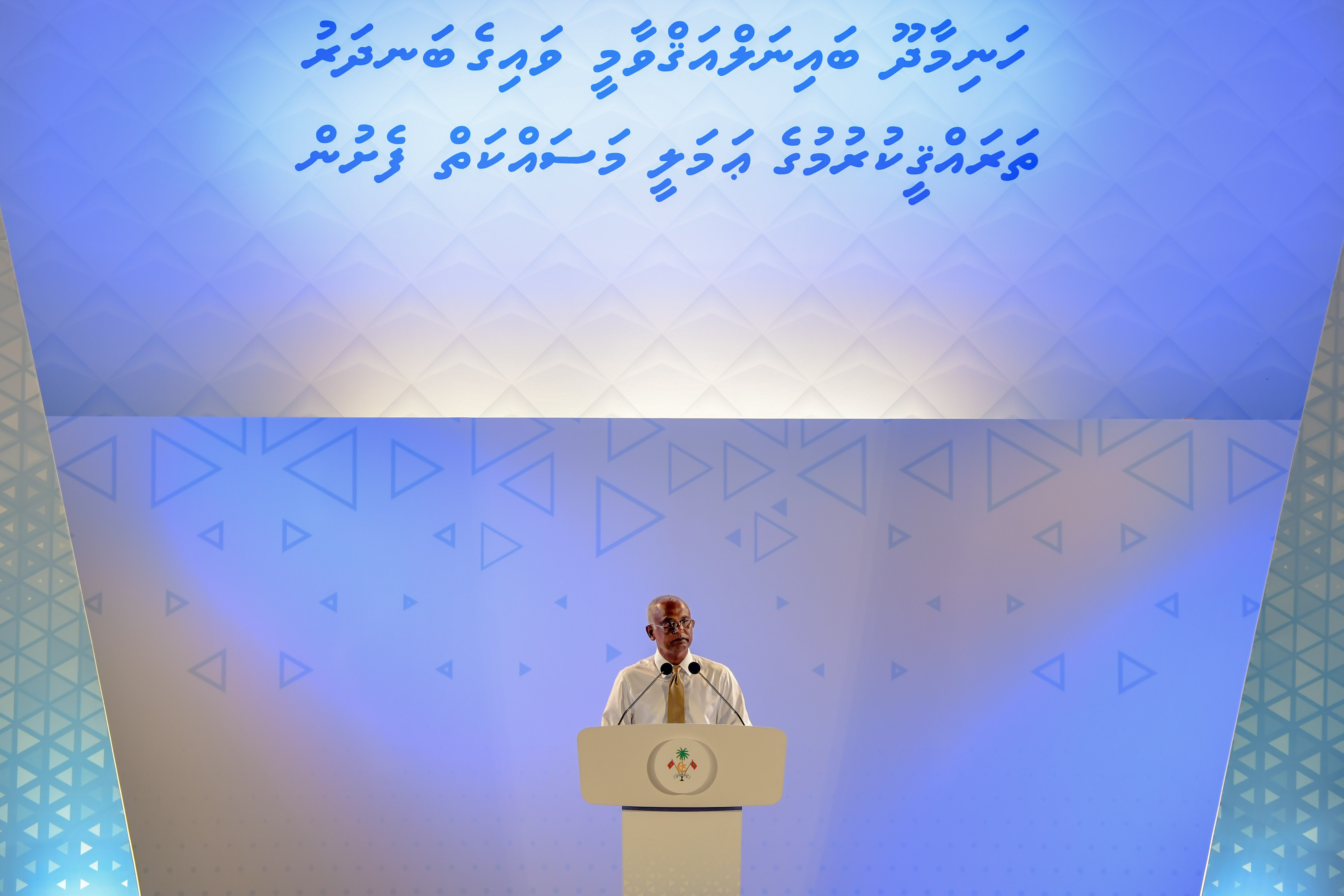 President Ibrahim Mohamed Solih stated on Wednesday that the Hanimaadhoo International Airport expansion project, coupled with the redevelopment of the Kulhudhuffushi Regional Port and connectivity through the Raajje Transport Link (RTL) high-speed ferry services would help the administration transform Boduthiladhunmathi region into the perfect model of a thriving economy.

President Solih made this statement at the function held on Hanimaadhoo Island in the Haa Dhaalu Atoll to mark the inauguration of the Hanimaadhoo International Airport expansion project. The project was inaugurated by President Solih and the Minister of External Affairs of the Republic of India, Dr Subrahmanyam Jaishankar.

Addressing the function, President Solih stated that the region would see economic prosperity by completing the airport expansion project. He added that it would increase tourism facilities, including guesthouses and city hotels, drive job creation in the northern atolls, and transform the region into an economic hub.

The historic project is the largest and most significant infrastructure project initiated outside the Malé region. Funded through an MVR2.1 billion loan from the Exim Bank of India, the project is contracted to India-based firm JMC Projects.

The project will see the development of a new 2,460-meter runway and facilities to cater to large aircraft. The new terminal is designed to accommodate 1.3 million passengers annually.

Speaking about the revolutionary developmental progress spearheaded by the administration, President Solih described the developmental project as well-planned, studied and executed. He added that numerous developmental projects are currently underway across the country, and while many have been completed, 41 islands in the northern region have already been connected via the  RTL high-speed ferry service. Projects to develop water and sewerage networks in all inhabited islands are also progressing.

The President also highlighted airport development projects progressing across the country. While Hoarafushi Airport and Faresmaathoda Airport projects have been completed, President Solih noted that the administration had mobilised resources for the Maafaru International Airport project. He also announced that the administration had secured funds for airport projects in Bilehfahi in the Shaviyani Atoll, Thulhaadhoo Island in the Baa Atoll and Vilufushi Island in the Thaa Atoll.

President Solih also noted that numerous projects were being carried out across the country with assistance from the government of India and described the neighbour as an important development partner for the Maldives. The agreement to develop the Felivaru Cold Storage Complex was also signed as part of the ceremony.

Cabinet ministers, senior government officials and members of Parliament joined the President and Dr Jaishankar at the function. 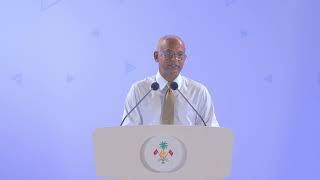 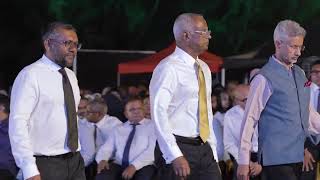