The incident resulted in the loss of several lives and damage to property. Calling on the relevant authorities to conduct swift investigations to determine the cause of the fire, the President asked the officials to ensure transparency in disclosing information to the public. The President also instructed authorities to expedite the identification of the deceased and assist those affected by the fire.

The President also directed relevant agencies to strengthen their efforts to inspect the accommodation arrangements of foreign workers and draw up a plan to relocate workshops and vehicle garages in residential areas. 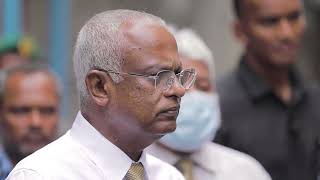