The administration aims to empower local councils to serve their constituents better, says the President President Ibrahim Mohamed Solih on Saturday stated that his administration aims to fully empower and equip local councils to serve better and fulfil the developmental needs of their respective constituents. He made the remarks in his opening statement as the chair of the first session of the Viavathi Raajje conference held on Ukulhas Island in the Alifu Alifu Atoll.

The first session also featured presentations on the administration’s efforts to combat the drug trade and gang-related crimes; the isles platform, which tracks the progress of PSIP projects; and the social welfare programme, "Ibama." The Maldives Police Service offered insight and analysis on the nationwide crime prevention efforts. Earlier, the President convened a special task force to combat drug offences.

President Solih took questions from the attendees at the session and discussed their concerns in detail. He announced the administration’s decision to ensure atoll councils are the beneficiaries of the rent proceedings of the "Atholhu Fihaara" shops designated for each atoll in Malé. The administration, in May 2019, reversed a 2014 decision that barred atoll councils from the funds. 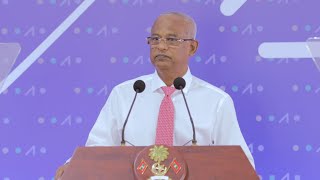 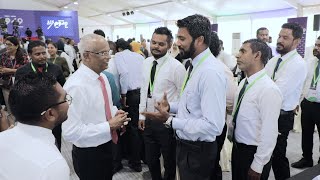