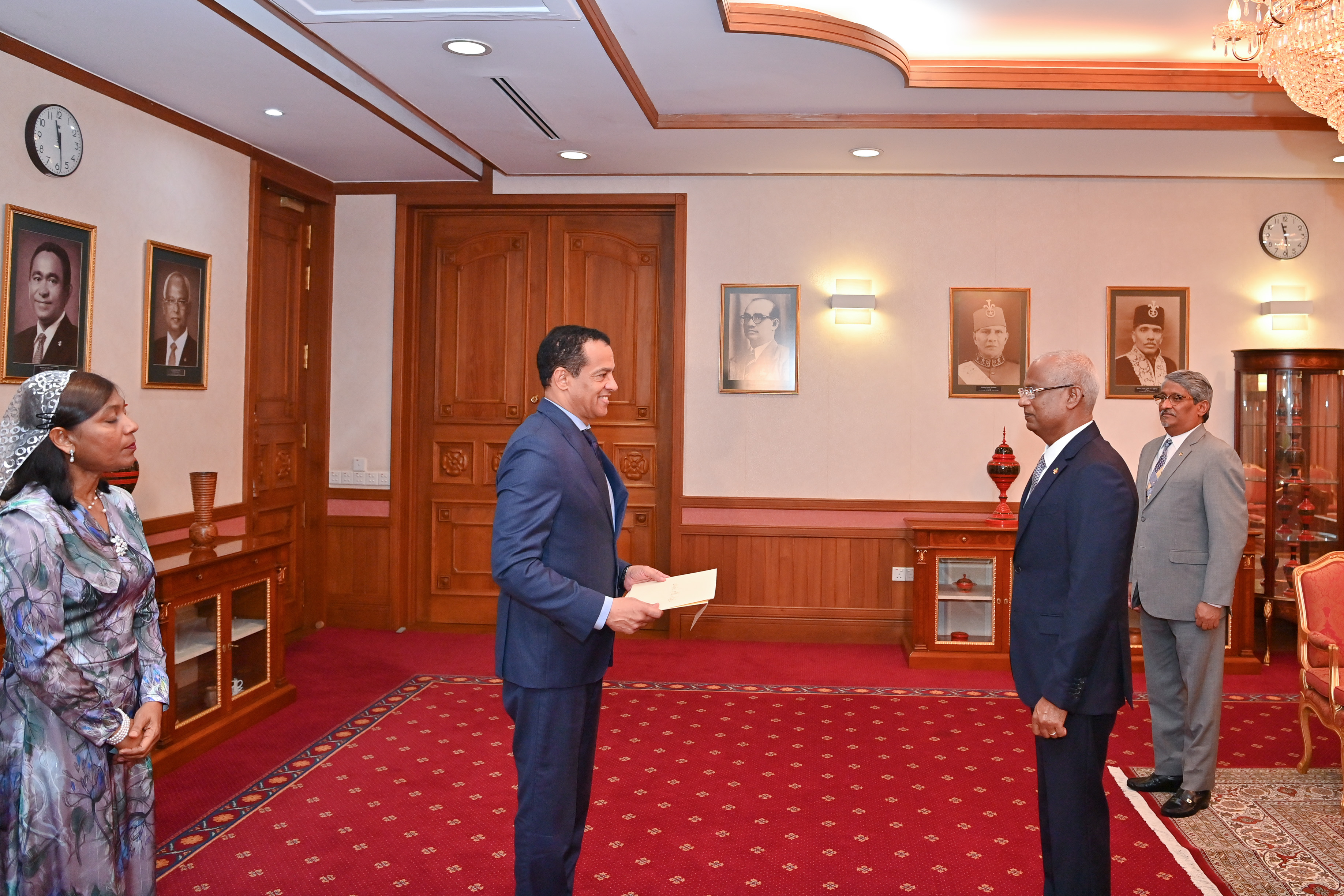 H.E. Maged Mosleh, the new non-resident Ambassador of the Arab Republic of Egypt to the Republic of Maldives, on Tuesday, presented his letter of credence to H.E. President Ibrahim Mohamed Solih. The meeting was held at the President’s Office. At the meeting, the President congratulated the Ambassador on his new appointment and conveyed his gratitude to the President of Egypt, Abdel Fattah Al Sisi, and his government for the continued support and assistance to the Maldives.

During the meeting, the President also expressed his gratitude to the Egyptian government for its continuous support in the academic and human resource development fields and highlighted the crucial role played by Al-Azhar University in increasing higher education opportunities for Maldivian students. The President and the Ambassador also discussed increasing scholarship opportunities for Maldivian students in various fields.

Speaking with President Solih, the Egyptian Ambassador noted the close cooperation between the two countries and highlighted that many Egyptians were working in the Maldives as doctors and nurses. The President and the Ambassador also discussed the importance of the upcoming Sharm el-Sheikh Climate Change Conference in November 2022 and its significance to the Maldives.

The President and Ambassador continued to discuss bilateral interests in regional and international affairs and spoke about exploring avenues of future collaboration, especially in health, energy, and information technology.

The Maldives and Egypt established diplomatic relations in 1969.