Local councils should always promote the socio-economic development of their people, says the President President Ibrahim Mohamed Solih on Tuesday afternoon, underscoring his administration-led amendments to the Decentralisation Act, urged local councils to utilise their resources to promote the socio-economic development of their constituents. He made the remarks while speaking at a ceremony held on Maafushi Island in Kaafu Atoll to hand over deeds to the newly reclaimed area and picnic island to the local council.

Speaking further on the new powers vested in local councils through amendments to the legislation, President Solih called on the councils to ensure that the views and wishes of the people are reflected in decisions that affect their socio-economic wellbeing. On this note, he urged local councils to inquire with the people when formulating plans for the land-use of their respective islands.

The land reclamation projects of Maafushi Island and the picnic island were carried out by the Maldives Transport and Contracting Company Plc. (MTCC). Thanking the management and staff of MTCC for the swift and successful completion of the project, President Solih expressed his confidence in the company to deliver all of its projects on time.

Recalling a visit to Maafushi Island before assuming office, President Solih said one of the most pressing issues raised by the residents was land scarcity, something his administration has addressed with the land reclamation project. The government spent MVR 128 million on the reclamation projects. 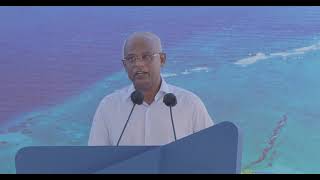 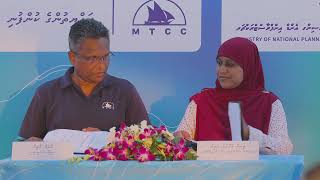