H.E President Ibrahim Mohamed Solih has attended the Opening Ceremony of the World Leaders Summit, hosted by the Prime Minister of the United Kingdom, H.E the Right Honourable Boris Johnson, as part of the United Nations Climate Change Conference of the Parties (COP26).

The President was accompanied at the opening ceremony by the Minister of Environment, Climate Change and Technology, H.E Aminath Shauna. President Solih is scheduled to deliver the National Statement at the World Leaders Summit later today, marking the first time in 12 years that a Maldivian state leader is speaking at the climate change conference.

COP26 is a major event for the Maldives and an opportunity to address the nation's sustainable development plans on the global stage. The President is accompanied by a delegation of high-level officials including the Speaker of the Parliament and former President, H.E President Mohamed Nasheed. 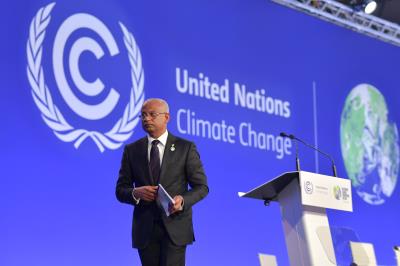