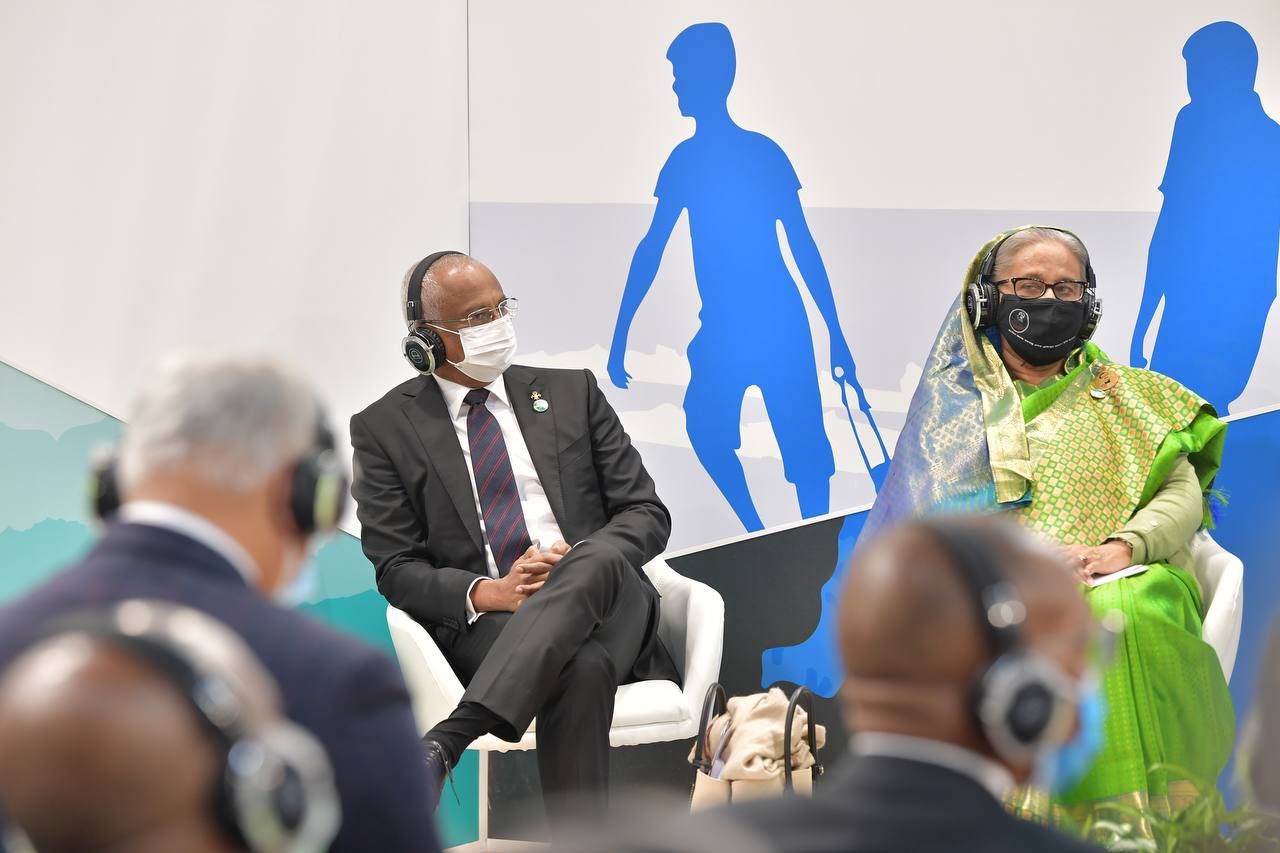 The President was joined at this meeting today by the Speaker of Parliament and former President, H.E President Mohamed Nasheed, and the Minister of Environment, Climate Change and Technology, H.E Aminath Shauna. The panel discussion, chaired by the Prime Minister of Bangladesh, H.E Sheikh Hasina, was also attended by the Secretary-General of the Commonwealth, H.E Baroness Patricia Scotland, among other state leaders and dignitaries.

Minister Shauna also gave remarks during this high-level meeting, explaining the Maldives' position and priorities in the climate emergency. Addressing the high-level meeting, she said that the planet doesn't have room for negotiations and that we have to agree and start delivering, not 'plan to deliver'. Minister Shauna affirmed that vulnerable countries are committed to resolving the climate crisis because we know we will not survive its worst impacts.

The CVF was founded at the initiative of the Government of Maldives prior to the 2009 United Nations Climate Change Conference (COP15) held in Copenhagen, Denmark. The high-level meeting was held today as part of the Commonwealthforclimate series of events at the Commonwealth Pavilion at COP26. 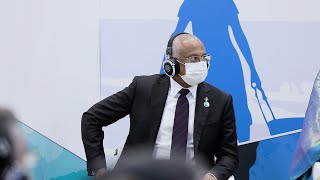