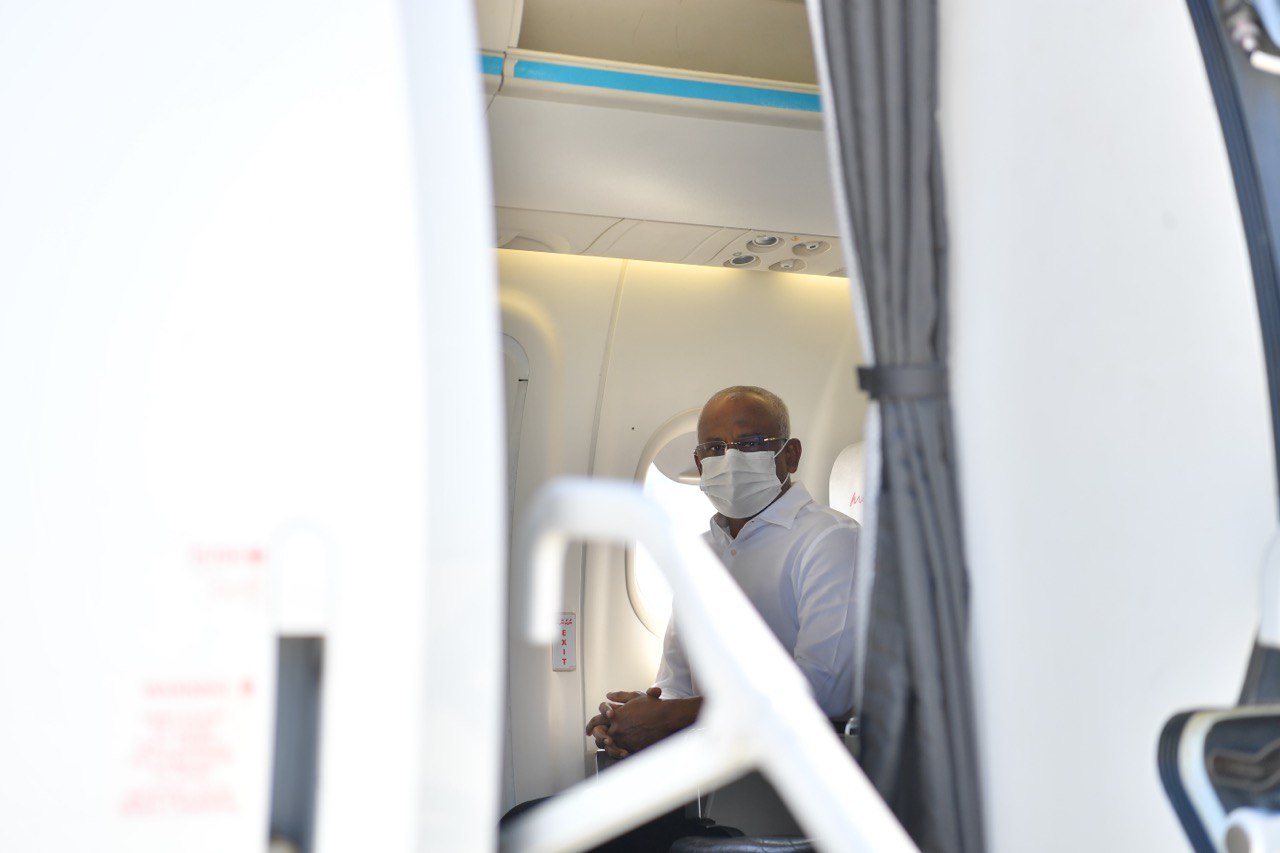 President Ibrahim Mohamed Solih has today departed to Glasgow, Scotland, United Kingdom, to attend the 2021 United Nations Climate Change Conference (COP26). The President is accompanied on this trip by a high-level delegation including the Speaker of Parliament and former President, Mohamed Nasheed, the Minister of Environment, Climate Change and Technology, Ms Aminath Shauna, and the Special Envoy for Climate Change, Ms Sabra Ibrahim Noordeen.

President Solih will deliver the National Statement at the conference. The President and delegation are also scheduled to participate in various high-level summits and discussions during COP26 as well as bilateral meetings with other state leaders.

COP26 is a major event for the Maldives and an opportunity to address the nation's sustainable development plans on the global stage. President Solih had been a vocal advocate regarding the fiscal strain and climate vulnerabilities faced by Small Island Developing States (SIDS) during preceding global forums. The Maldives had also previously announced an ambitious plan to achieve Net Zero by 2030.

COP26 is hosted by the United Kingdom in partnership with Italy. The summit brings parties together to accelerate action towards the goals of the Paris Agreement and the UN Framework Convention on Climate Change. More than 190 world leaders participate in the summit, along with tens of thousands of negotiators, government representatives, businesses and citizens.