Vice President Faisal Naseem has said that the one of the most comprehensive efforts administered by the government is decentralisation. He made this statement while speaking at the initiation ceremony of the Fuvahmulah City Hifz Committee.

The Vice President stated that the inception of the Hifz Committee would help alleviate many existing difficulties and bring great benefit to the residents of Fuvahmulah city. He went on to say that one of the most comprehensive and wide-reaching efforts conducted by the government is ensuring that the public can easily access goods and services from the comfort of their resident island or city without the need to travel to the capital.

The Fuvahmulah City Hifz Committee consists of three members. They are:

The Vice President met and spoke with the members of the Hifz Committee and inquired about their plans of action. He also met with some students preparing for their Hifz examinations and offered them encouragement for their exams.

The Vice President is currently on a trip to Fuvahmulah and Addu cities, accompanied by a high-level delegation from the government. 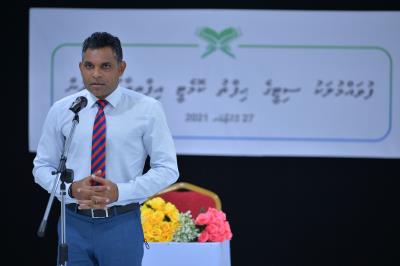 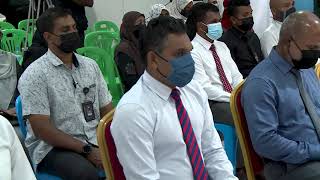