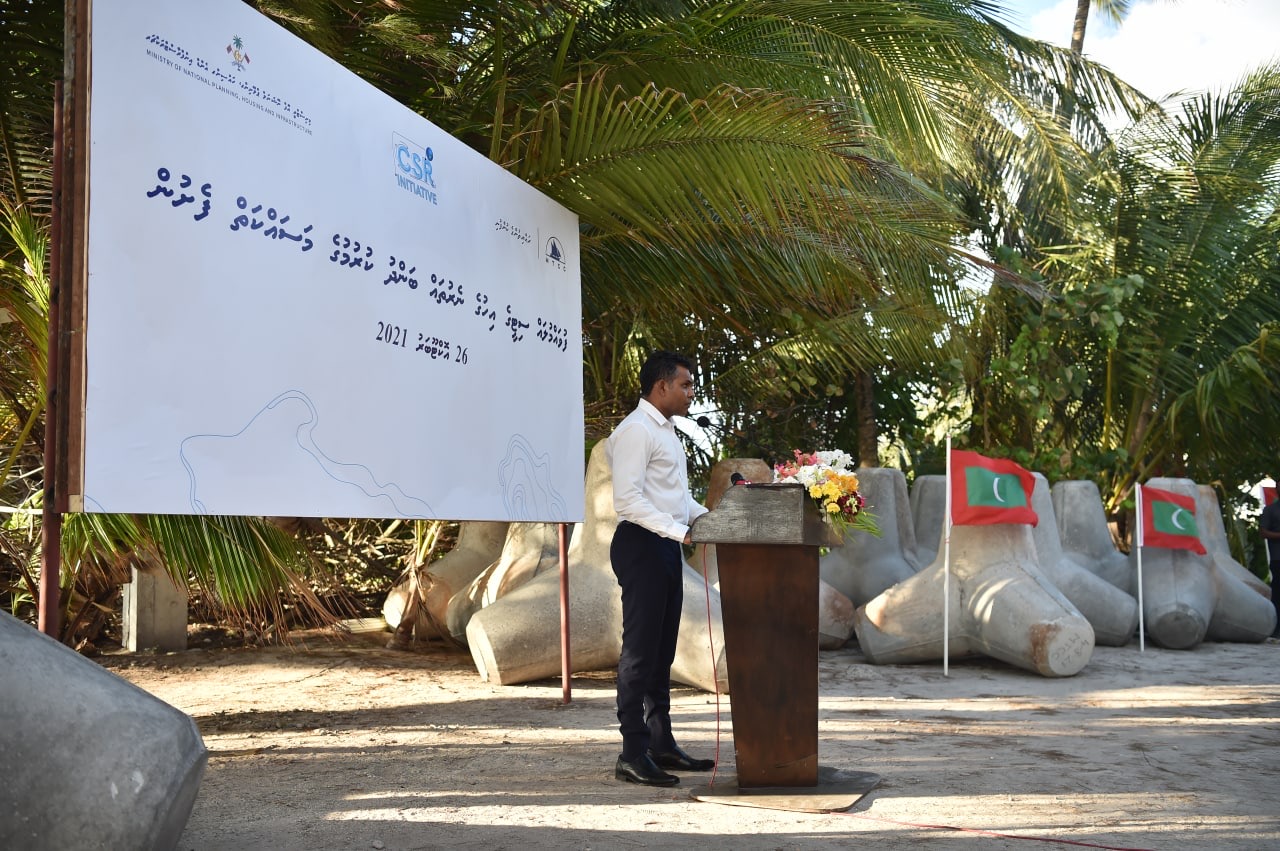 Vice President Faisal Naseem has stated that this government would not neglect even the smallest task considered of value by the people. He made these remarks at the ceremony held to commence the work of closing up the channels dug across the island reef used to navigate across the reef in Fuvahmulah City.

Speaking at the ceremony, the Vice President stated that this government is a people’s government and that President Ibrahim Mohamed Solih and his administration are eager to hear the thoughts and concerns of the people. He noted that the President feels that since the Maldivian population is dispersed over islands from north to south, inhabitants of the Maldives should have access to basic services in all of these places.

During this ceremony, the Vice President commenced the physical work of closing up the channels dug across the island reef previously used to navigate across the reef in Fuvahmulah City. This project was initiated when the residents asked the President. He had consented because of a tragic incident in the waterways in January resulting in a fatality. The project is undertaken as a CSR initiative of Maldives Transport and Contracting Company (MTCC).

Thirty seconds of silence was observed in memory of the lives lost in tragic incidents at the sea in that area.

Following the ceremony, the Vice President toured the road construction sites in Fuvahmulah City and inspected the progress of the project.

The Vice President is currently on a four-day trip to Fuvahmulah City and Addu City, accompanied by a high-level government delegation. 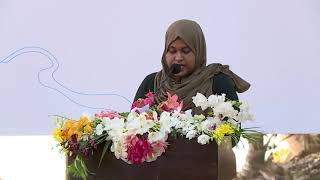 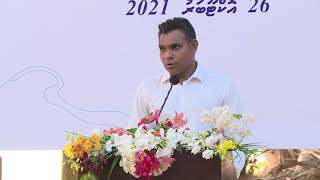