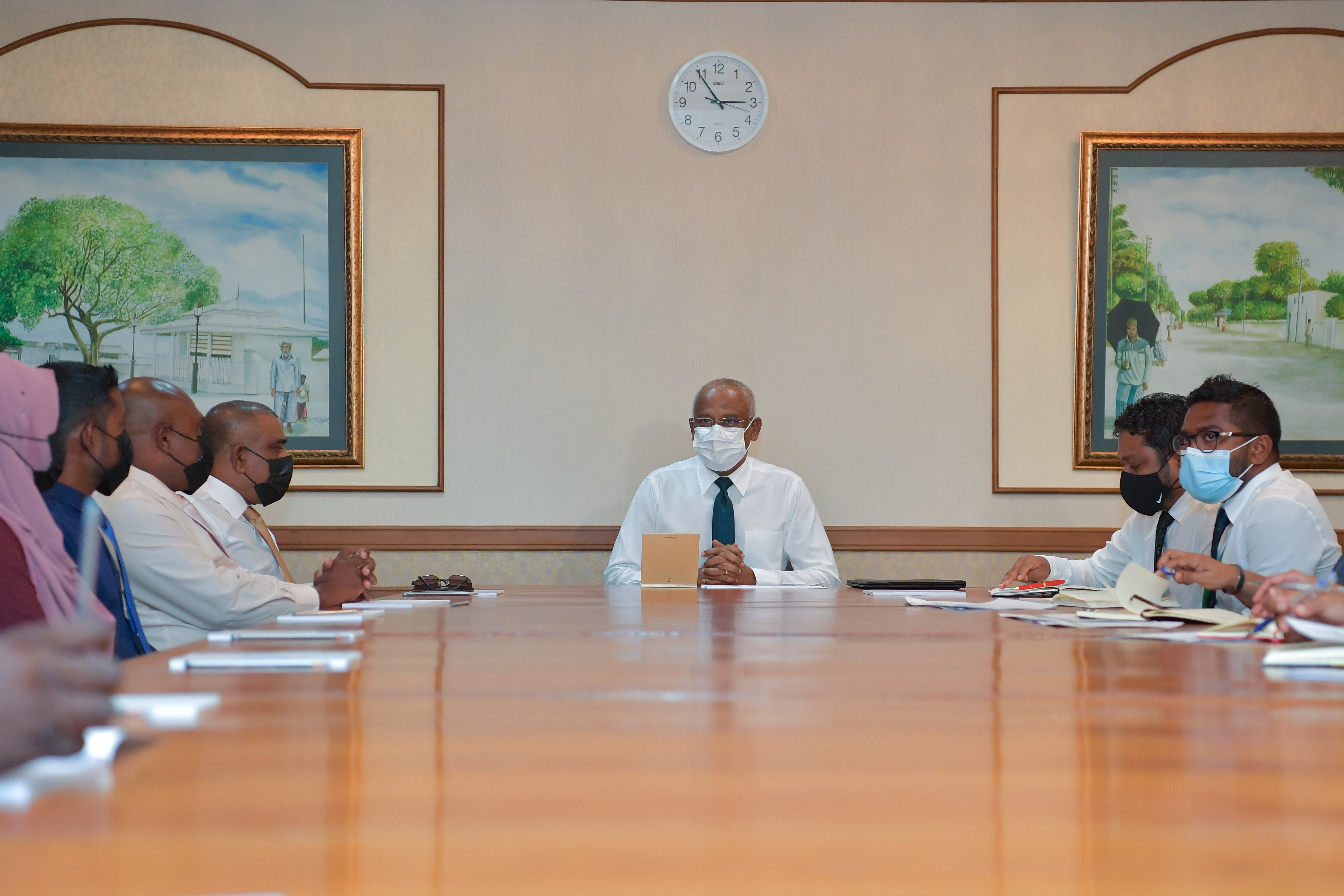 President Ibrahim Mohamed Solih has met with North Nilandhe Atoll Magoodhoo Island Council, stating that the government seeks the council's continued endorsement for the government's zone development plans, as before. Ahmed Haleem, Member of Parliament for the Bilehdhoo Constituency, also attended the meeting.

Councillors shared the most pertinent concerns and interests from their community at the meeting, held this afternoon at the President's Office. They underlined the need for an airport on the island, as well as necessary upgrades to the healthcare system to provide 24-hour health services. They also noted that they require ATM services, given that the island includes an outpost of a university. Councillors addressed the need for a school library, a futsal field, and difficulties encountered due to the council's limited budget.

Speaking at the meeting, President Solih affirmed the administration would work with relevant stakeholders to address the concerns raised by the councillors. He stated that upgrading Magoodhoo Island's healthcare services and establishing a futsal field would be included in the budget for next year. He also provided the latest information on the Magoodhoo Island land reclamation project. 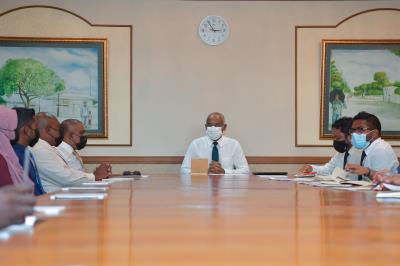 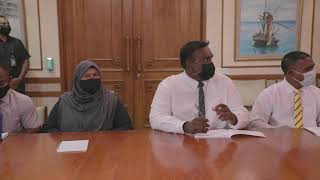