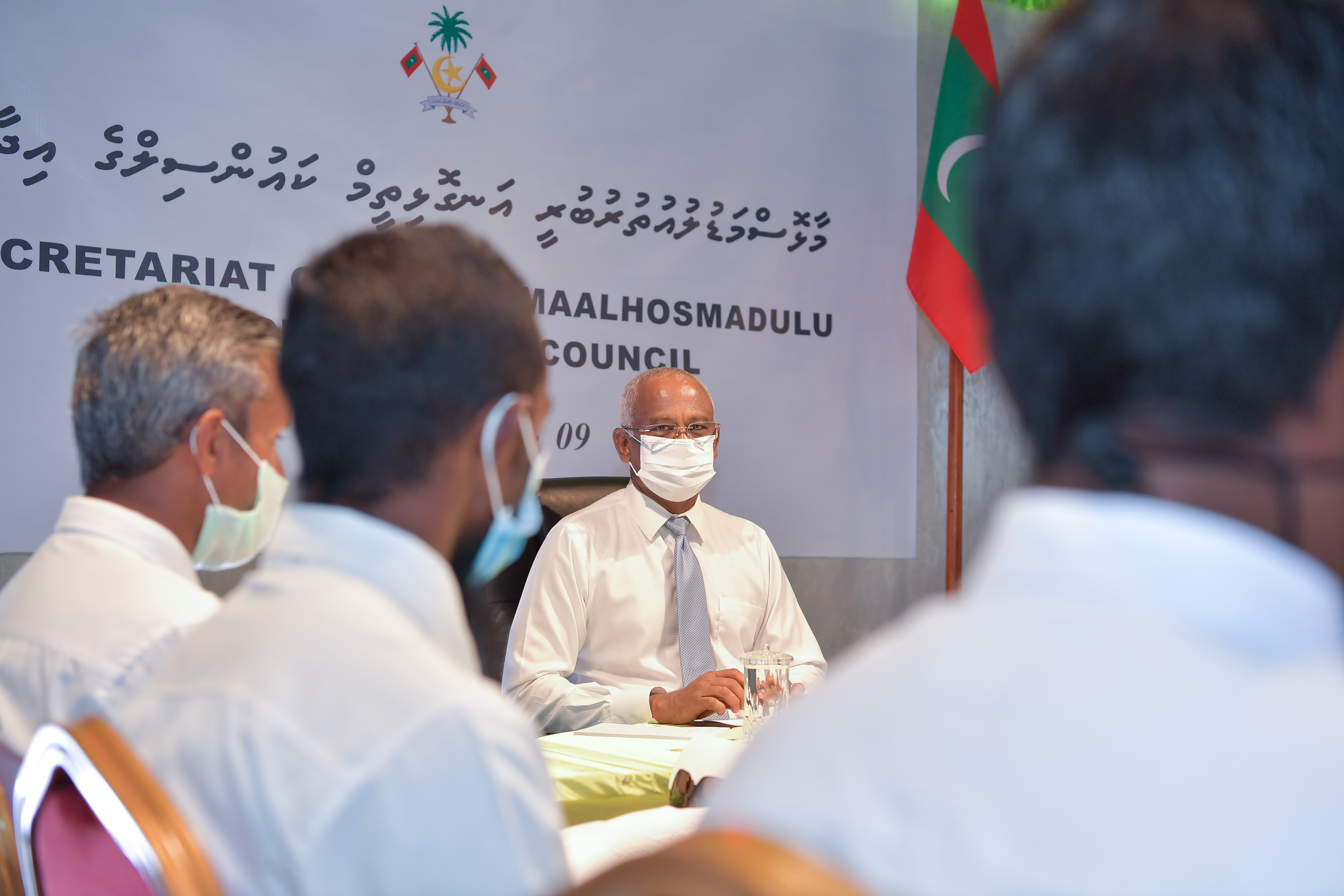 The members of the island council shared several concerns with the President during the meeting, noting that they required an efficient way to manage the waste created during ongoing projects. Further, they stated the need to develop a swimming track and several other urban and social development programmes. The WDC members also spoke during the meeting, praised the President and the government for their efforts to empower women in the Maldives. They noted some difficulties they face in conducting their work due to the lack of office space, and requested to raise the wages for the women assigned as caretakers to clean and maintain the island.

President Solih addressed the concerns raised during the discussions, stating that he would provide a solution for the waste management issues they shared. He also stated that he would speak with the relevant government agencies regarding the other interests raised by the councillors and WDC members. 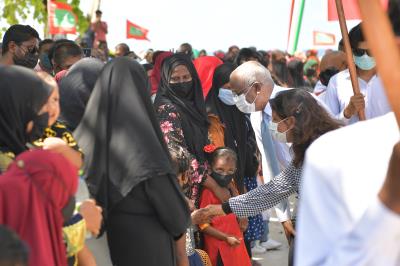 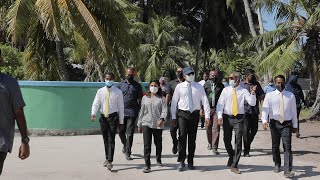 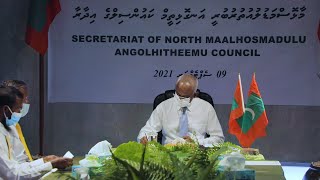