President Ibrahim Mohamed Solih and First Lady Fazna Ahmed have toured some of the sites of historical significance in Rasgetheemu Island of North Maalhosmadulu Atoll. They visited two historic sites on the island, and then visited the site of an ancient mosque and the site of an old well.

According to local folklore, King Koimala resided in Rasgtheemu Island when he first arrived in the Maldives. Several items of historical significance had also been discovered in Rasgetheemu Island in the past. 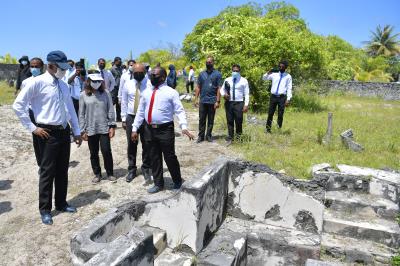 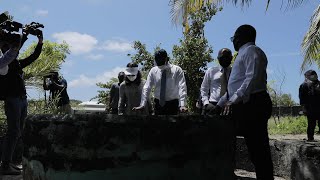