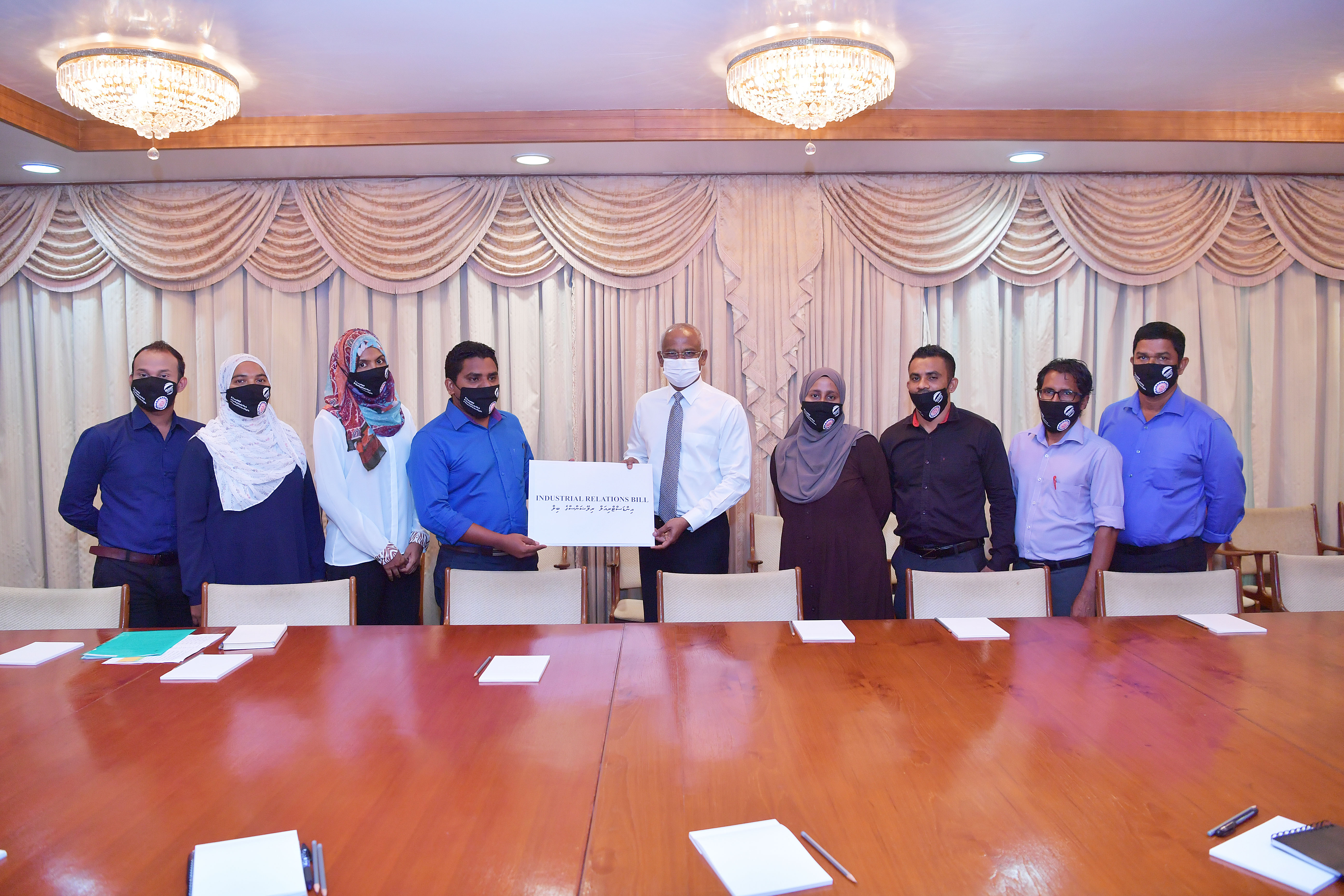 At the meeting held this afternoon at the President’s Office, MTUC members discussed labour force rights in fisheries, education, health and tourism sectors, conveying concerns from the workforce. They stressed the importance of ratifying a law on industrial relations as soon as possible, which was also one of President Solih's presidential pledges. The members also spoke about the draft Industrial Relations Bill, composed in 2013 with the technical input of the International Labour Relations (ILO), which would solve numerous challenges being faced by the Maldives' workforce in all sectors.

Addressing their concerns, President Solih gave the latest update on the work done by the government in the compilation of the Industrial Relations Bill. He stated that the bill would be finalised and sent to parliament after bringing the necessary changes following discussion with relevant parties. He also addressed and gave details on other individual concerns raised by the members related to different sectors. 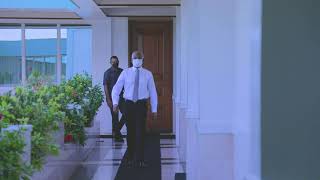