President Ibrahim Mohamed Solih has inaugurated the National Skills Development Master Plan and identified the plan as a cornerstone of the administration's commitment to human resource development, further stating that it would relieve some of the challenges faced in the job market of the Maldives. He made this statement at the inauguration ceremony held at Hotel Jen, on Wednesday morning, to inaugurate the National Skills Development Master Plan.

Noting that this was the first time a five-year master plan was compiled for developing skilled human resources based on national needs, President Solih stated that human resource development was a priceless future investment. He urged young people to take advantage of the opportunities provided by the administration for skills development and to contribute to the nation's progress. President Solih emphasised that the primary objective of the master plan launched today was to build adequate human resources to support institutions anticipated to emerge following the conclusion of development projects being carried out across the Maldives' islands. He also affirmed that the plan encourages gender equality in the development of skilled young workers.

President Solih further highlighted the various benefits of the National Skills Development Master Plan, stating that it would address some of the issues currently faced in employing Maldivians in technical positions and in reducing the number of foreigners recruited to the Maldives for employment. He added that the plan would gradually address social and economic constraints, as well as enable decentralised human resource development and play a key part in the Maldives' decentralised development. He also highlighted that the administration had prioritised human resource development and continued its work in this area even during the economic downturn caused by the Covid-19 outbreak.

President Solih concluded his speech by acknowledging that human resources are in limited supply in many social and economic spheres, emphasising that mental health is one such area that requires special attention. In this regard, he announced that 30 scholarship opportunities will be offered in the area of clinical psychology, professional counselling and addiction studies. 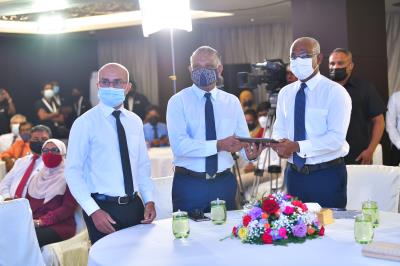 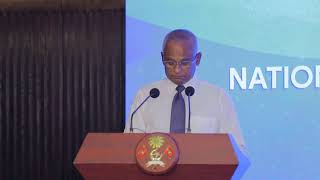 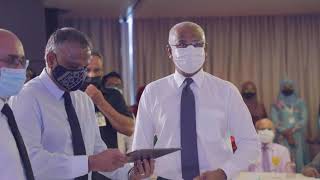