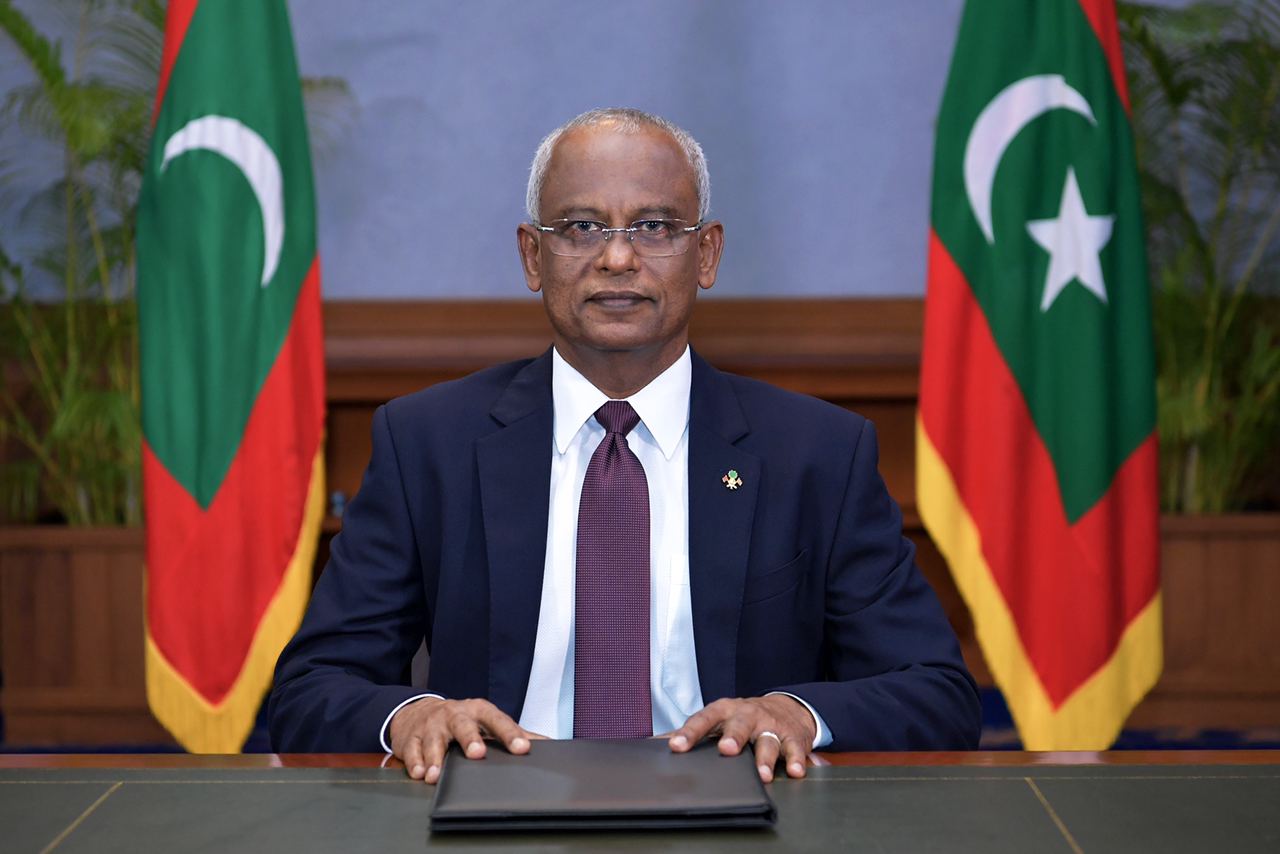 Despite the Maldives being among the most vulnerable to the impacts of climate change, President Ibrahim Mohamed Solih expressed his determination that the Maldives will lead by example in its ambition to reduce carbon emissions. He made these remarks while speaking at the United Nations Climate Ambition Summit, held virtually to mark the fifth anniversary of the Paris Climate Agreement, while providing a platform for Heads of States and Governments to outline their national priorities and vision with respect to reducing carbon emissions. The summit, which is being co-hosted by the United Kingdom, France and the U.N, in partnership with Chile and Italy, will be part of the lead up to the 26th session of the Conference of the Parties (COP 26) to the UN Framework Convention on Climate Change (UNFCCC), scheduled to take place from 1–12 November 2021, in Glasgow.

The Maldives understands all too well the scale of climate change and is fully committed to meeting its challenge, President Solih remarked. Unlike countries that have the luxury of still focusing on mitigation the Maldives is already directly impacted by the climate emergency and is being forced to undertake adaptation measures at an accelerated pace.

During his remarks the President stated that given the current amount of resources we have available, the Maldives is on track to reduce a quarter of carbon emissions by 2030. Whilst acknowledging this as a positive start, the President emphasized that the Maldives would like to commit to a much bolder vision.

He expressed that given international support and assistance, the Maldives could achieve net-zero commitments as early as 2030. He reiterated that to reach such ambitious targets would require the international community to provide the consistent technical and financial assistance they have pledged to countries such as the Maldives over many decades. He added that the Maldives will do all that it can to address the climate emergency and called on international partners to fulfill their global climate responsibilities, as it is only with the collective will and cooperation of the entire global community that we can keep the rise of global temperatures within the 1.5 degree limit.