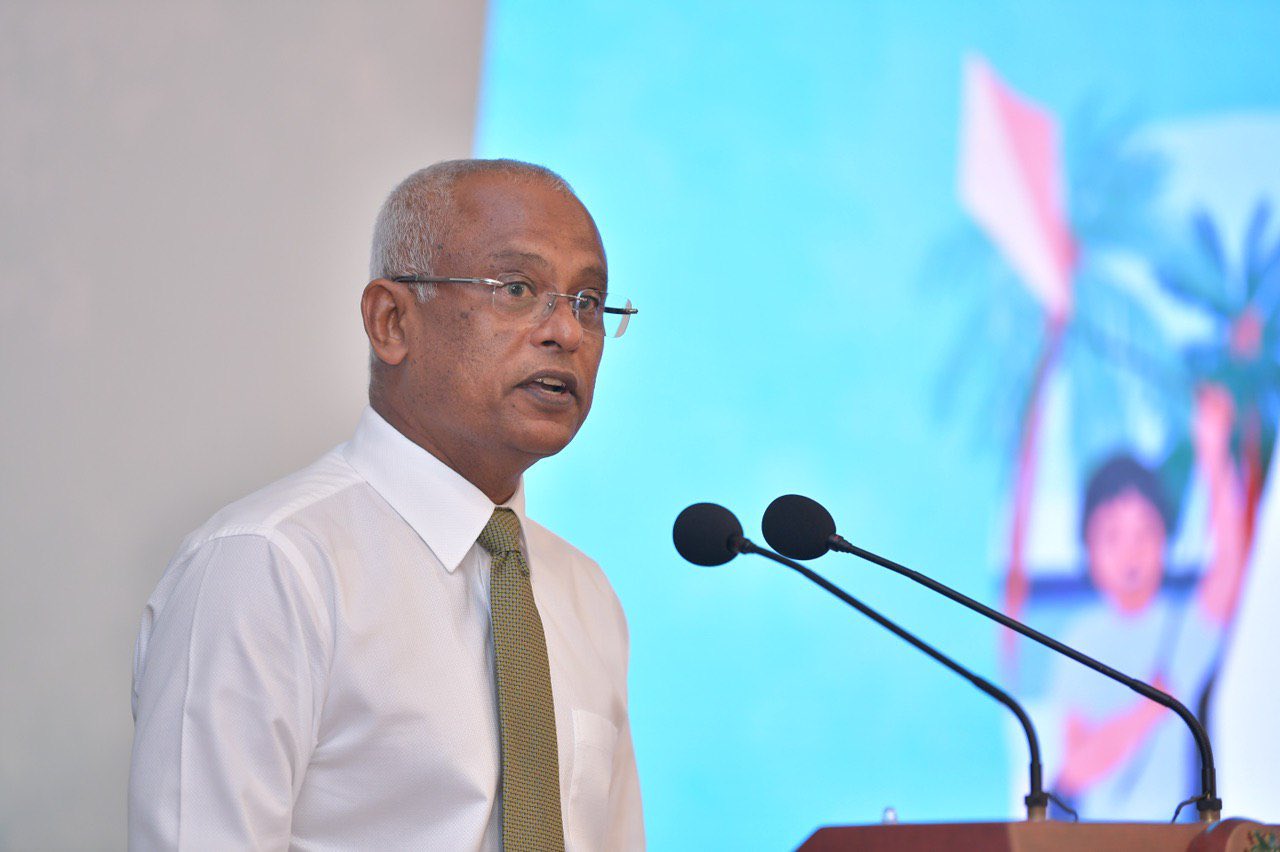 President Ibrahim Mohamed Solih has said that child victims of negligence and rights violations suffer from their childhood trauma throughout their entire lifetime. He stressed that the only way to successfully eliminate negligence and rights violations against children is by working together to eradicate it from society. He made this statement while speaking at the 10th anniversary celebrations of Advocating the Rights of Children (ARC), held at Kurumba Maldives this afternoon.

Speaking at the event, themed “Celebrating a Decade of Difference”, President Solih stressed on the importance of coming together as a community to safeguard all children. He urged the public to step up their efforts to end negligence and violence directed at children. The President further highlighted the lack of trained staff and expertise available in the field and called upon state institutions and civil society groups to amplify their role in curbing these crimes.

President Solih addressed the need to further fortify efforts in protecting our children, noting some of the efforts undertaken by the government to aid in protecting children from negligence and violence. Speaking further, President Solih highlighted systematic rectification undertaken by the government to ensure the protection of child rights, including the establishment of The Child Rights Protection Act and the Presidential Commission to Inquire into Child Rights Violations.

The reconstituted Child Rights Protection Act outlines the rights and responsibilities for children, duties of the State, community and parents, and seeks to reduce disparities between the previous law and international child protection laws and standards. The Commission is tasked with probing the actions and assessing the current situation of all cases handled by all state parties and institutions mandated to protect children from harm. This will include all cases of violence, neglect, abuse and cruelty against children. The Commission is also mandated to identify and analyse the root causes of all forms of violations against children.

During the event, First Lady Fazna Ahmed launched “Child Friendly Videos” prepared in reference to the Convention on the Rights of the Child, presented by ARC in association with UNICEF. Commemorative plaques were also presented to Corporate Ambassadors who worked alongside ARC in 2019.