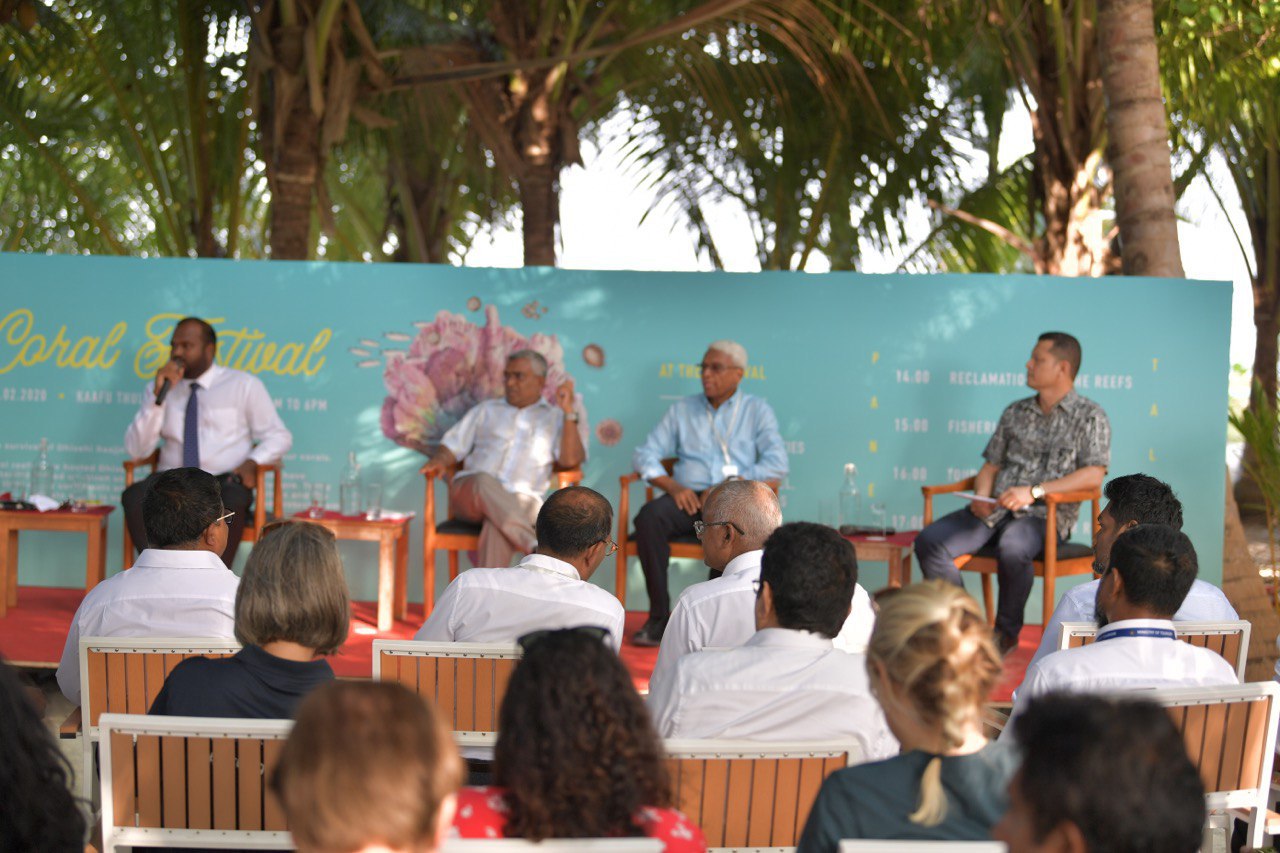 The President observed two of the ongoing panel discussions which were carried out during the festival. He also visited some of the stalls showcasing Maldivian products which portrayed the Maldivian culture and heritage.

The academic debates carried out during the festival focused on the negative impacts of anthropogenic activities resulting in the release of harmful greenhouse gases to the atmosphere at alarming levels and its contribution to the warming of the planet and sea level rise as well as temperature fluctuations in our oceans and its impact on marine life.