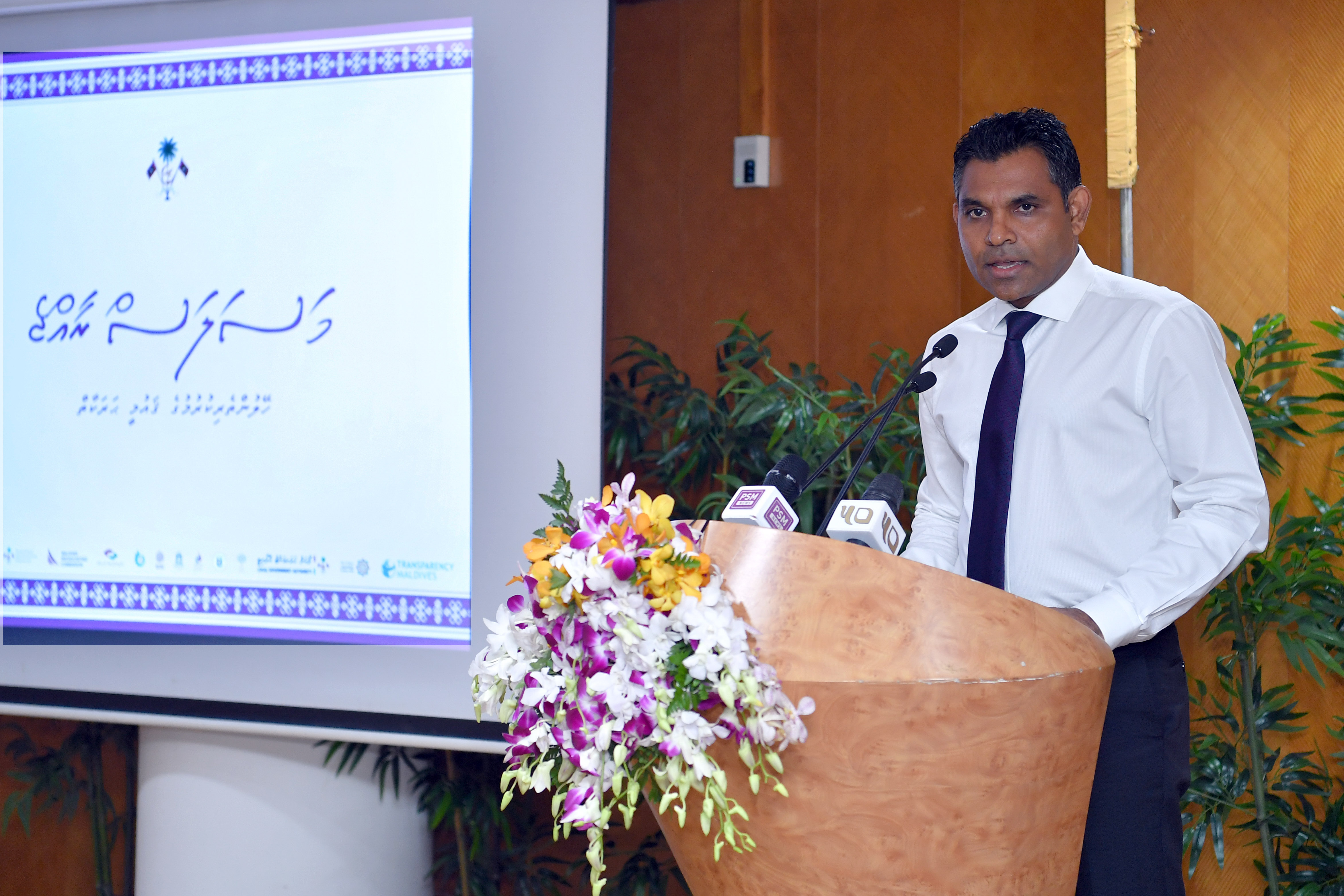 Vice President Faisal Naseem has stated that increasing awareness was paramount to promoting and protecting the rights and freedoms guaranteed to every citizen by the Constitution. He made the remarks, addressing the function held this morning to officially inaugurate the ‘Masalas Raajje’ awareness campaign.

Commending the Elections Commission for initiating the nation-wide ‘Masalas Raajje’ awareness campaign, and the 15 other partners including independent institutions and civic organisations, the Vice President highlighted on the importance of increasing public awareness about the rights and freedoms of every citizen enshrined in the Constitution.

Noting that the new Constitution, ratified in 2008, ensured the separation of powers and granted numerous rights and freedoms to the people, the Vice President stated that the responsibility today was promoting and protecting those rights. He further stressed that, while upholding the rights of every individual, all Government and independent institutions, in addition to the civil society, should exercise transparency and accountability.

Emphasising that the campaign’s launching coincides with the coming into force of the new Child Rights Protection Act, the Vice President urged all relevant institutions and civil society to intensify efforts to increase public awareness on child rights. Moreover, the Vice President also spoke about women empowerment, expressing hope over the Administration’s efforts on promoting gender equality and eliminating gender barriers which prevent the participation of women in social and economic spheres.