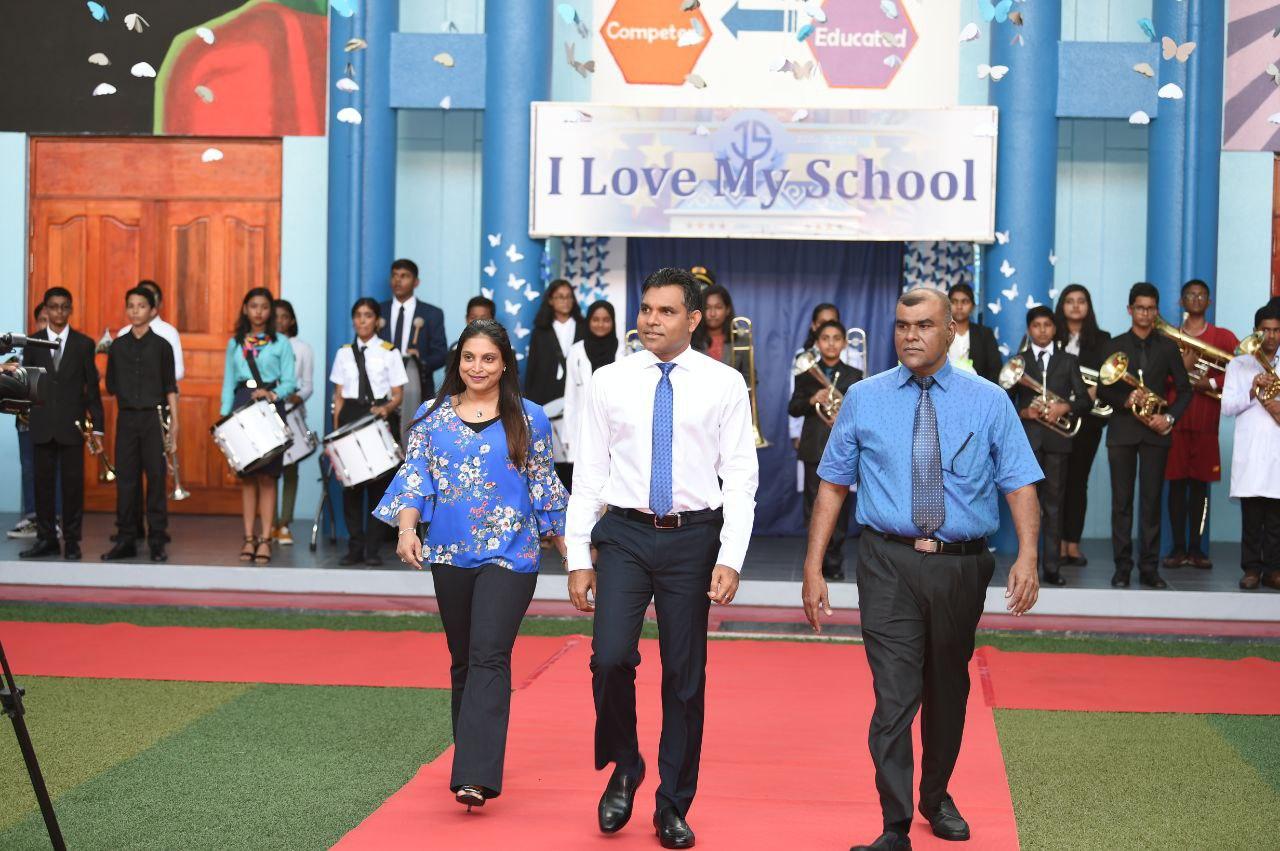 Highlighting some of the prominent achievements of the school, Vice President Faisal Naseem noted that Jamaluddin School is the first school to initiate special education. He also noted that during the past 35 years, the school has worked hard to protect the environment, as displayed by the 1997 ‘Fehi Fai’ award presented by the President to the school that works towards environmental conservation.

Reminiscing memories of his school days, the Vice President advised students at the ceremony on the importance of correcting small mistakes, working collectively and respecting teachers, parents and elderly people. Speaking further, he stated that, today, students can set ambitions of working closely with teachers with respect and learning from them.

The Vice President presented badges for students selected for senior rank at the school during the ceremony, and also participated in the cake cutting ceremony.