Ambassador-Designate of EU presents credentials to the President 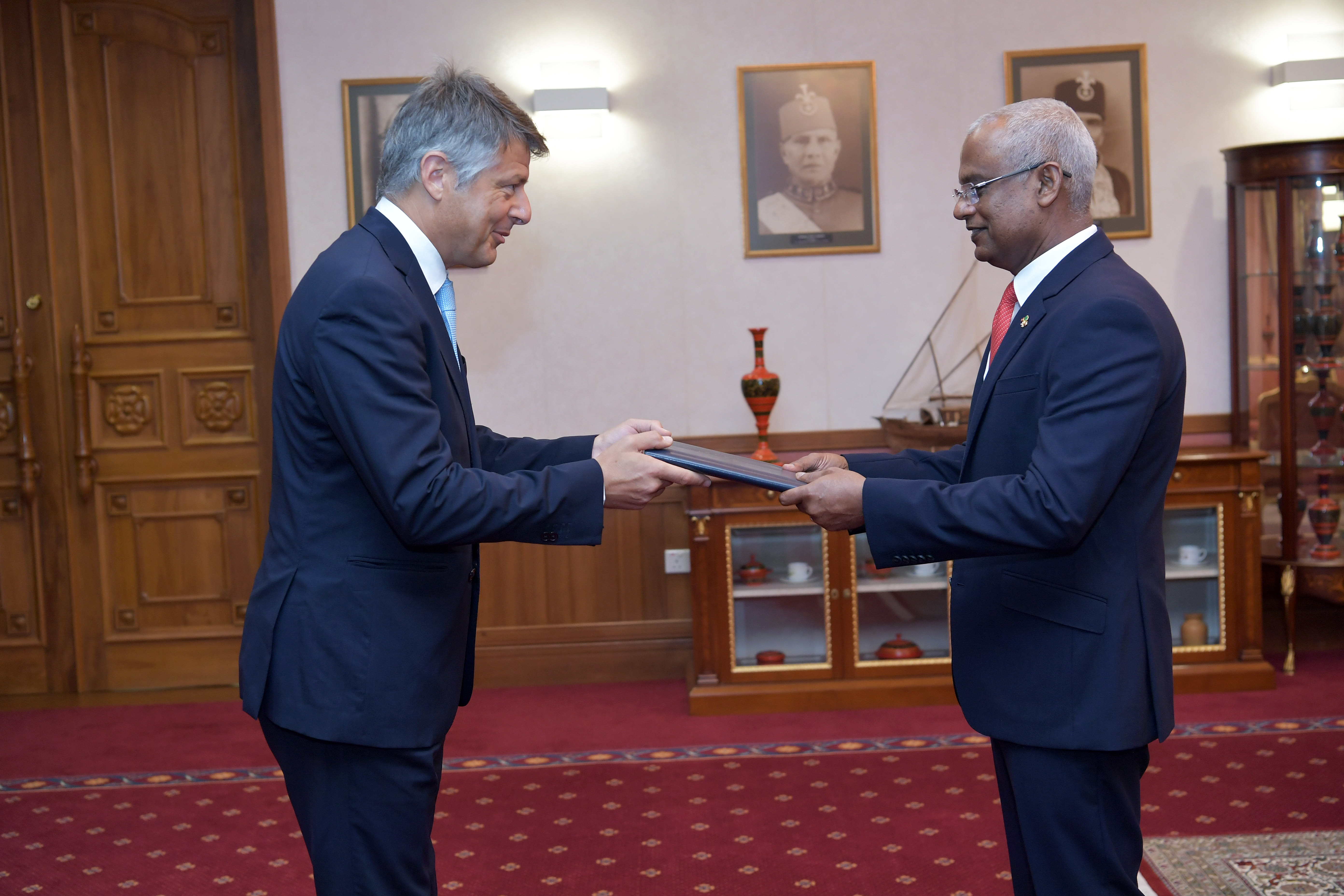 The Ambassador-Designate of the European Union, Mr Denis Chaibi, presented his Letter of Credence to President Ibrahim Mohamed Solih, this morning at the President’s Office.

During the call, the President noted the strengthening of relations between the Maldives and the European Union in the last year, noting several high-level visits that have taken place. The President also highlighted that the Maldives-EU policy dialogues have proved instrumental for stronger Maldives-EU cooperation.

During the discussions, President Solih congratulated and commended the decision of the European Union Council to go carbon neutral by 2050. He also addressed the issue of tariffs imposed on Maldivian fish products by the EU and conveyed his hope for a positive way forward in this matter. The President also expressed his confidence in further enhancing the relations between the EU and Maldives during the Ambassador's tenure.

The Ambassador concurred with President Solih and expressed the need for further cooperation in areas of mutual concern, including climate change and counter-terrorism, and highlighted the EU’s three priority areas; environment and climate change, migration and digitalisation. Ambassador Chaibi further expressed his honour to serve as the Ambassador of the EU to the Maldives at a time when the Maldives is undertaking substantial reforms with considerable efforts to uphold the values of democracy, the rule of law and good governance. 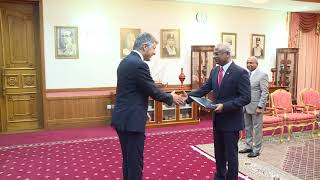