President confers the National Award for Special Achievement to 39 honourees 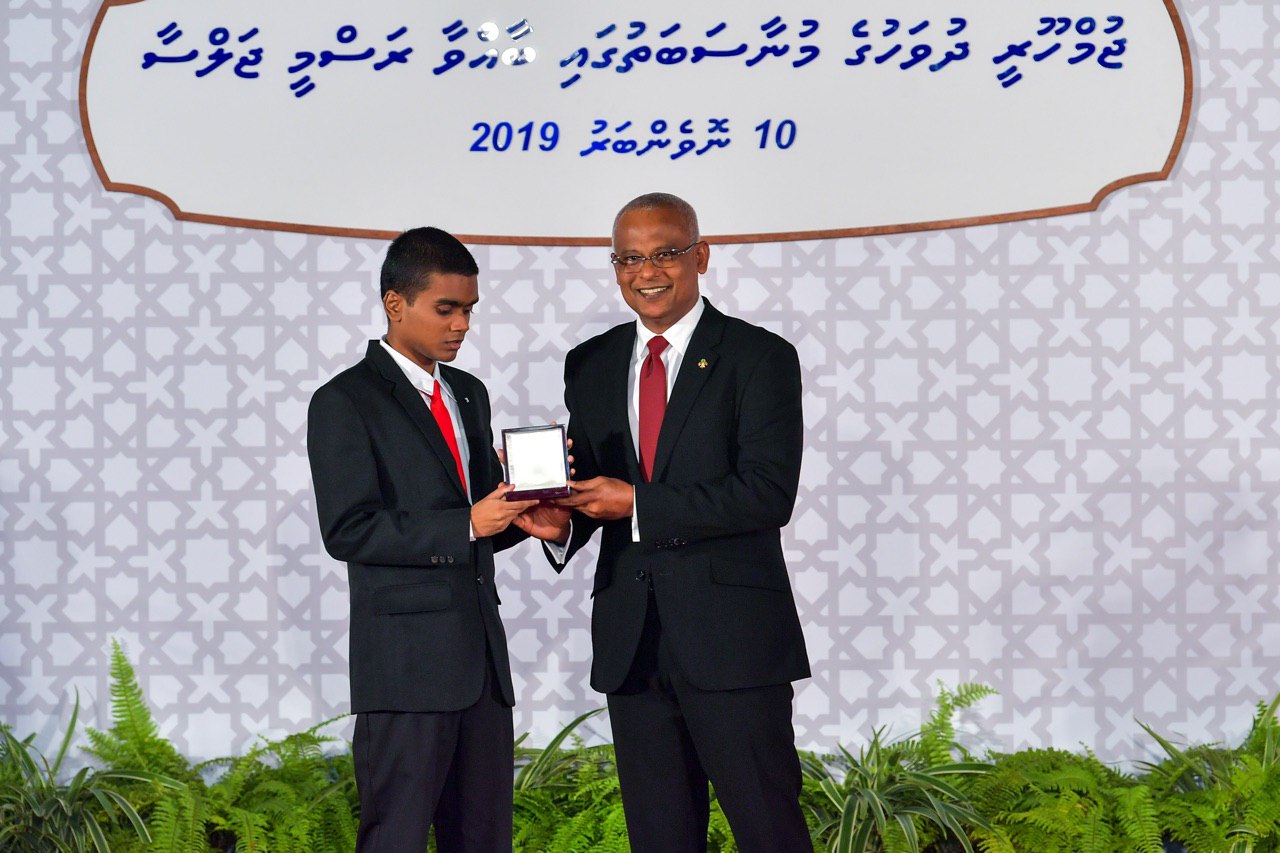 President Ibrahim Mohamed Solih has conferred the National Award of Special Achievement to 39 honourees. The recipients were presented with the awards at the Official Ceremony held to mark Republic Day. The function was held tonight at Dharubaaruge.

The President also presented medals to 16 individuals who earned the title of Hafiz, for memorising the Holy Quran, and 17 students who achieved the top awards in the world in higher secondary and secondary education. In addition, a special plaque of recognition was awarded to two scouts, while the President’s Scout Badge were presented to five scouts and six scouts were awarded the Baden Powell Badge.

The honouree who was conferred the medal for achieving the highest academic qualification in the Maldives National Qualifications Framework is:

The 32 recipients who achieved the highest in a higher academic course or training course are:

The honourees awarded for attaining the highest rank in an international exhibition or competition are:

The recipients in this category also include the Table Tennis Women’s Team Champion at the Indian Ocean Island Games 2018, in addition to the National football team which won the SAFF Suzuki Cup 2018.

President Solih also conferred the award to 16 honourees for committing the Quran to memory. They are:

Honourees who were conferred the award for achieving first place in the world top ten in the 2018 IGCSE and GCE O Level examinations are:

Recipients of the award for achieving first place in the world top ten in the 2018 A Level examinations are:

The two scouts presented the special plaque for recognition are:

Honourees who attained the President’s Scout Badge are:

President Solih also conferred the Baden Powel Badge to six scouts. They are: