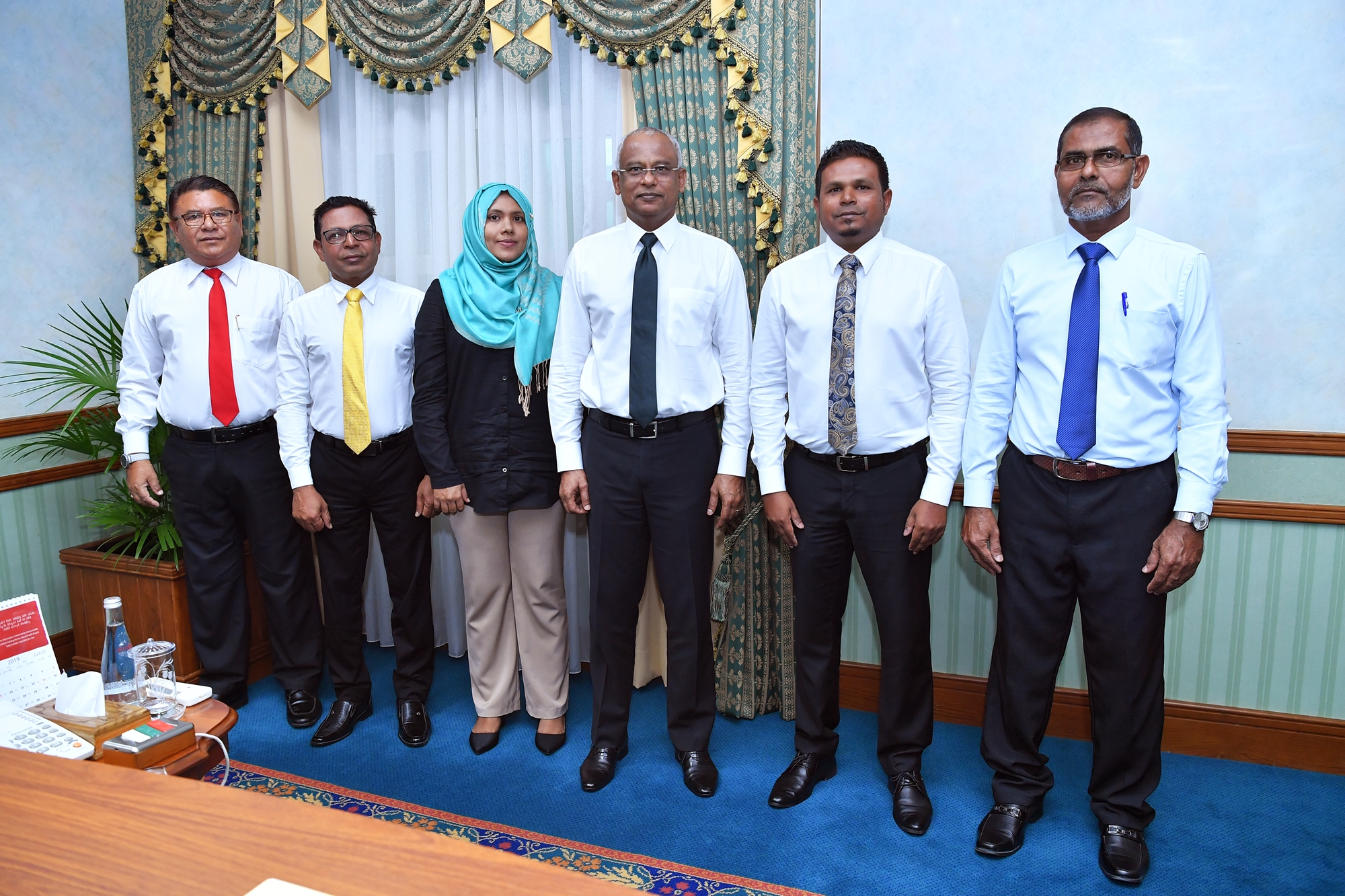 President Ibrahim Mohamed Solih has met with members of Velidhoo Council of Noonu Atoll. Discussions at the meeting, held this afternoon at the President’s Office, centred on the developmental plans for the island.

During the meeting, the Councillors shared concerns and recommendations regarding some of the projects planned for the island, including those related to the road development project, difficulties in using the harbour, issuing of land plots and waste management. Discussions were also held regarding the education and health sector in addition to other issues related to socio-economic development.

Speaking during the meeting, President Solih shared updates of some of the developmental projects planned for Velidhoo Island. Referring to the administration’s decentralisation policy, he stated that it would strengthen local governance and that many issues and challenges faced by the residents of island communities would be resolved with the introduction of the proposed decentralisation bill.

Highlighting the concerns raised the Councillors, the President said that the administration would work with line ministries to address their concerns.