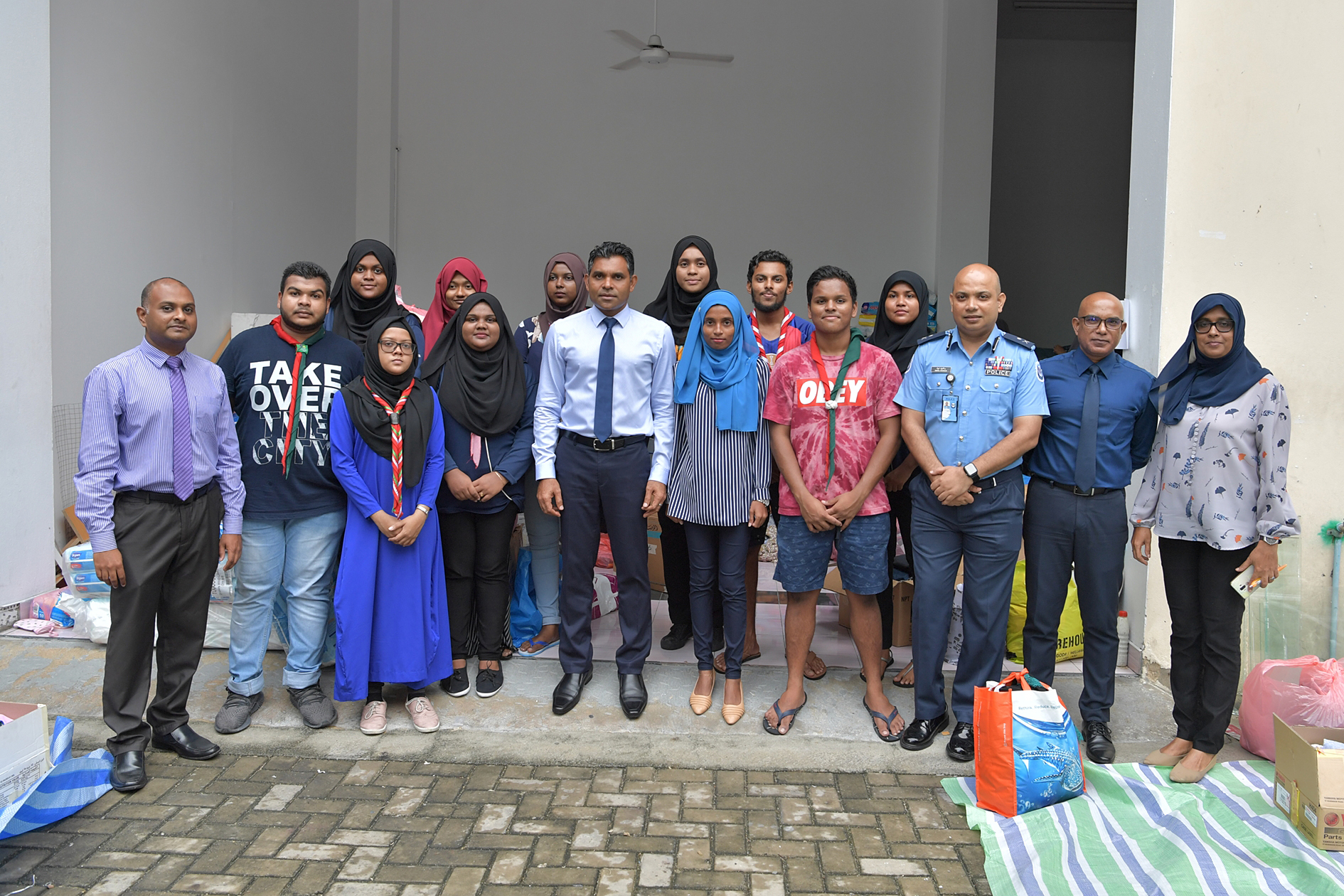 During the visit, the Vice President met with the Senior Management of NDMA and officials to discuss the severity of the damages and the steps being taken to accelerate the relief efforts.

Senior officials from NDMA and Maldives Police Service provided the Vice President with the latest updated information regarding the progress of providing assistance and temporary housing to affected individuals. The officials emphasized that they are currently conducting the engineering assessment of the residential buildings that were evacuated due to the fire. They also stated that they would permit some of the residents to return to their homes after conducting a full assessment of the affected buildings and after cleaning up the aftermath of the fire.

During the meeting, the Vice President acknowledged the joint effort by the authorities, NGOs and the dedicated individuals to assist the displaced and affected people. The Vice president also observed the progress of relief aid distribution at the NDMA.