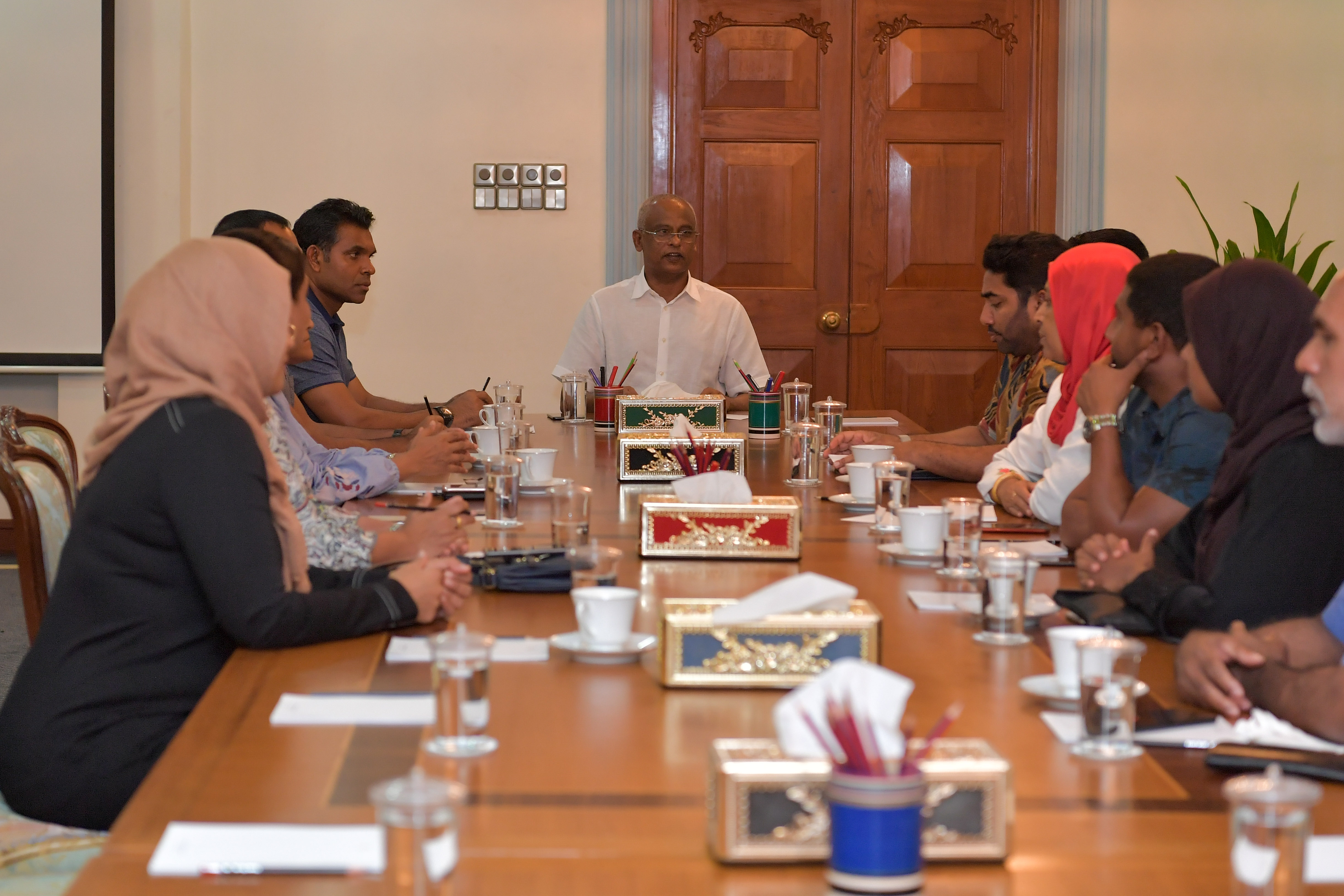 President Ibrahim Mohamed Solih has instructed all relevant authorities to immediately commence the work of relocating all chemical storages to a safe and isolated location away from residential areas. He gave these directions while meeting the National Disaster Council in light of the tragic fire incident that took place in Malé last night.

At the meeting held in Mulee’aage this afternoon, the President held extensive discussions with relevant authorities in regards to the current practice of storing hazardous flammable chemicals in densely populated areas and the probable threats it causes to the residents living in Malé.

During the meeting, Ministry officials of Maldives Defense and National Security briefed the President on the details of all varieties of goods storages and warehouses in Malé and brought to light that there are 126 chemical storages in Malé as of now.

MNDF officials also emphasized on the challenges they face due to the lack of proper rules and guidelines on how to deal with hazardous chemicals and further stated that they are currently working on gazetting the rules and regulations on importing, storing and abolishing of hazardous chemicals in the Maldives. The President urged the authorities to speed up the process and immediately begin following the new guidelines and rules.

Moreover, the National Disaster Management Authority emphasized that today they have commenced conducting the engineering assessment of 43 houses that were evacuated due to the fire last night. They also stated that they would give permission for the residents to come back to their homes after conducting a full assessment of the affected houses and after cleaning up the aftermath of the fire.

During this meeting, the President shared information and held discussions on the short term and long term plan regarding the storage of goods in the Malé region, stating that the top priority is to relocate such warehouses and storage spaces out of Malé.