During the meeting held at the President’s Office, members of the council shared their concerns and future development projects with the Vice President.

The Councillors remarked on the challenges being faced due to the current condition of the island harbour. The councillors also shed light on the difficulty procuring clean water and sanitation services in the island. They also highlighted the development needed for the island Health Centre and School and discussed further challenges faced during daily operations of the council office.

During the meeting, the Vice President stated that the government would take necessary action after discussing with the relevant line ministries and tackle these problems as soon as possible. 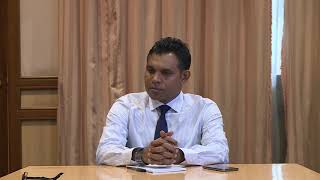