Vice President urges everyone to be vigilant of others’ rights Vice President Faisal Naseem has urged everyone to always be mindful of others’ rights as much as we ensure our own rights are protected, especially in the work place. He made this statement while speaking at the function held this evening to mark the 10th anniversary of the Employment Tribunal.

In his speech, the Vice President noted that most of our societal problems took root in the lack of justice and fairness in our daily affairs. He also stated that sincerity, honesty and loyalty of an employee is the driving force of an institute, and that at the same time, ensuring equity and impartiality when dealing with employees is a vital step towards the success of an establishment.

Speaking at the function this evening, Vice President Naseem highlighted today’s common living standards and changing lifestyles. In this regard, he noted that determining a minimum wage was a high priority of President Ibrahim Mohamed Solih, and expressed sincere gratitude to the President on behalf of everyone in the Maldives’ workforce.

Furthermore, highlighting the national development and economic growth rate, Vice President Naseem noted that for the country’s revenue to increase, it was necessary to ensure that the country’s income circulated within the country. He also said that the administration gives high priority to train Maldivian youth for the employment opportunities available in the country’s job market. 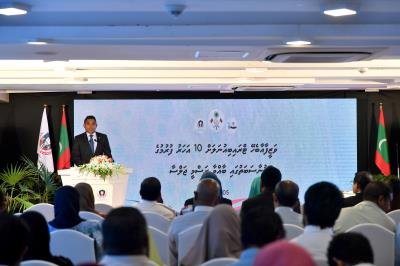 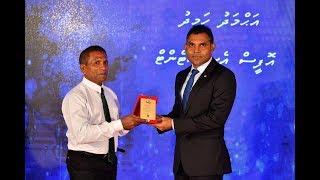