President Solih meets with the members of Maafaru Island Council 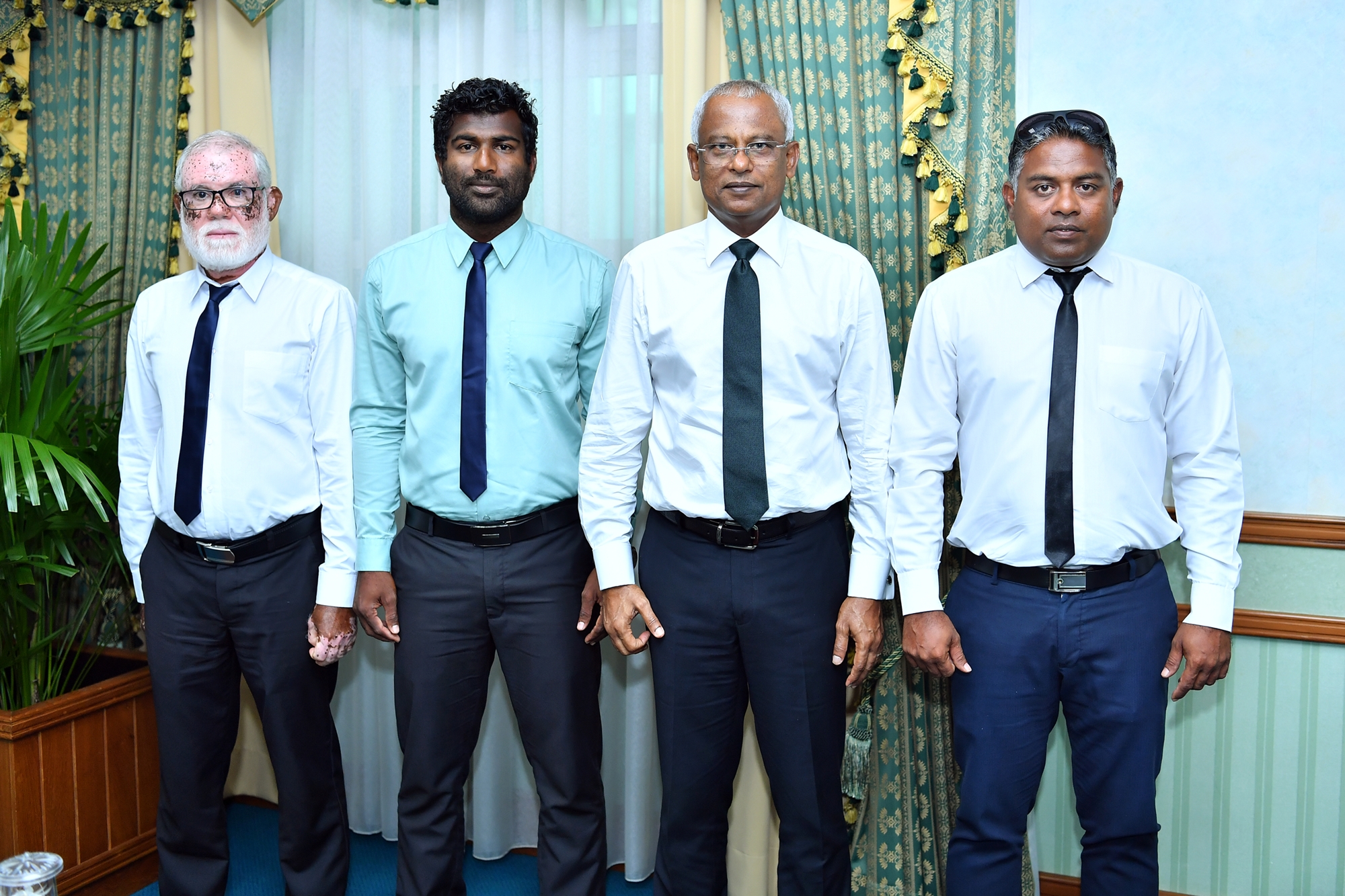 President Ibrahim Mohamed Solih has this afternoon met with members of the Maafaru Island Council of South Miladhummadulu Atoll.

At the meeting held at the President’s Office this afternoon, members of the council briefed the President on the development plan for the island, and the most urgent needs of the island’s residents. In this regard, council members informed the President of the challenges being faced by the people due to the lack of certain basic utility services in the island.

Council members noted the need to resolve the difficulties faced in providing certain services at the island’s health centre due to staff shortage and resources. Councilors also noted the need to reinvigorate the island’s social garment, and exchanged ideas on ways to increase employment opportunities especially for the youth population. Moreover, members of the council emphasized the need to establish police services in Maafaru to minimize the increasing crime rate in the island.