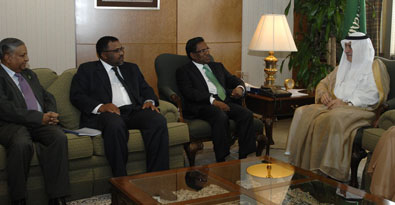 The Vice President also thanked the Saudi government for its support and cooperation to the Maldives.